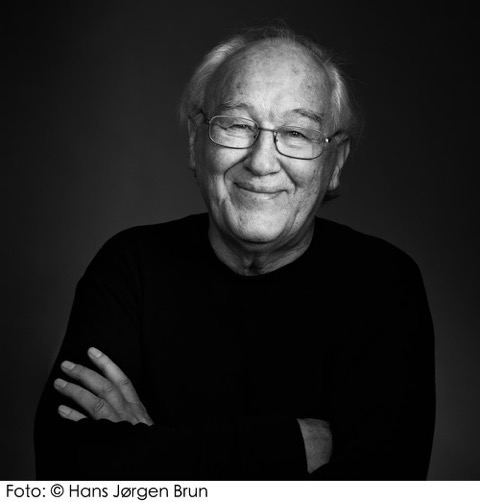 Knut Wiggen was born in Buvika near Trondheim and travelled to Sweden in 1950, where he quickly became part of the contemporary music scene. In 1959 he was elected chairman of the concert organization “Fylkingen”, where he remained for ten years. In 1964 he was tasked with establishing the new national studio for electroacoustic music, Elektronmusikstudion (EMS), a post he held until1975. During these eleven years he managed to establish EMS as a studio of international significance, and remained a central, influential composer in the Swedish music scene.

Wiggen had earlier studied piano and composition with Robert Riefling in Norway and Gottfrid Boon, Hans Leygraf, and Karl-Birger Blomdahl in Stockholm. He was introduced to concrete and electronic music while working as Leygraf’s assistant in Darmstadt in the early 50s, immersing himself in the mindset of the new electronic music. This resulted in both the building of a studio for ABF (Worker’s Educational Organization), and the programming of the internationally recognized “Fylkingen” concert series. In 1970, Wiggen arranged the UNESCO Conference Music and Technology in Stockholm, featuring all the leading composers, researchers and theorists in the electroacoustic field, of which Wiggen was a natural part.

Theory and vision were essential to Wiggen’s aesthetics and to the design of practical solutions for creating and disseminating the new music. Radio stations in several places in Europe had established studios for electronic music, and Sweden’s ambitious cultural policy, which was open to radical innovations in every field, also resulted in the founding of a studio at the Swedish Radio. Karl-Birger Blomdahl gave Wiggen the design task, and he built EMS based on plans he had been working on for several years. Regrettably, Blomdahl died before EMS – the world’s first computerized electronic music studio with CD quality and surround sound – was completed. Wiggen resigned from his post in 1975 after disagreements with the board about how the studio would be further developed.

Fundamental changes in electronic work methods transpired during this period with the emergence of digital technology, and Wiggen viewed these developments as an opportunity to further expand the strict formalization of electronic music. As with similar centers elsewhere in the world, EMS fearlessly embraced the aim of uniting digital control and analog audio equipment. This was by no means a trivial goal, and the advanced EMS solution made the studio into a world-class facility.  Incidentally, the problem of uniting digital control and analog sound generation was also what the famed American engineer Don Buchla tried to solve with the synthesizer installed in the first Norwegian electronic music studio (NSEM) at Henie Onstad Art Centre. some years later.

For Wiggen, the computer was an instrument, and the machine at EMS actually filled an entire room – in addition to another room for the control board. The machine required a separate programming language, “EMS1,” which was closely linked to the sound generators that EMS had at that time. Kåre Kolberg was the first Norwegian composer to compose with this system and shortly after it was constructed, and wrote “The Empeor’s New Tie,” during a few months in 1973. To understand the importance of this technical breakthrough it may be compared with the elaborate process of making a piece using tape and scissors. Composers were now spared an enormous amount of working time, and Wiggen stated that Karlheinz Stockhausen’s famous piece “Study II” from 1954 could have been realized within a few days using the equipment at EMS simply by eliminating all the physical work with tape. Moreover, using the EMS original and effective control board, composers could now develop the music in real time, and that had implications for the artistic process as well as the technical.

Wiggen envisioned more than the integration of digital control and analog audio for the field of electroacoustic music, and developed “Music Box,” a software program that is very similar to the applications “MaxMSP” and “Pure Data (PD)”that are used today. Wiggen envisioned pre-programmed functions in combination with a graphical user interface, reflecting his understanding of computerization as a democratizing technology.

In his work, Wiggen was a radical who recognized enormous potential in the new technical possibilities upon which electronic music was built, both socially and musically. He saw technology as a source for renewing what had become rigid and elitist musical traditions, and he believed that electronics would be an important part of a new and more democratic music as technology’s many possibilities were explored and applied. This view reflected the development of the Swedish welfare state at the time, which focused on wide, democratic participation in social development. In a broad sense, music would carry the new society forward,

He argued further that electroacoustic technology could replace the concert hall’s function in the age of mass media as a mediator of culture, and that electroacoustic technology was necessary for the development of art music. At the same time, Knut Wiggen was not an uncomplicated modernist; he also believed that music needed to have a role in the development of society, to convey life experiences and stir reflections on life’s problems and values. Music’s reformative potential could only be achieved through close contact with an audience.

Knut Wiggen believed that EMS had to invest in future technological developments and that composers had to learn to work differently, throwing off the past and developing new compositional approaches. It was the future of music Wiggen wanted to facilitate, and this larger ambition meant that he did not manage to compose much music himself before leaving the studio. However, he released the five works “Sommermorgen”, “Reise”, “Masse (Tornado)”, “Etyde”, and “EMS for seg selv” in 2004, as part of the book “The Psychological Foundations of Music“. This book further developed ideas from “The Two Cultures of Music,” his main work published by Swedish Radio in 1971.

Wiggen worked in Sweden, and he was also a great supporter of Norwegian composers. Since Norway had no public studio resources, composers often traveled to EMS in Stockholm to both learn and realize their works. And Wiggen received due recognition for his important contributions to the field of electroacoustic music in Norway. His music was first presented at the Ultima festival in 2003, and the Norwegian Center for Technology and the Arts (Notam) opened a studio named after Wiggen as part of these events. Wiggen became an honorary member of the Norwegian Society of Composers in 2009, and he was a profiled composer at the Bergen International Festival (Festspillene i Bergen) the same year. Wiggen was awarded the King’s Medal of Merit in Silver in 2010, and part of the visionary and innovative control board from the computer music studio in Stockholm is on permanent display at the Norwegian Museum of Science and Technology in Oslo, as part of the museum’s historical narrative of music technology development.

The traces of Knut are many and have stood the test of time – and Knut – we are still working on the music of the future!