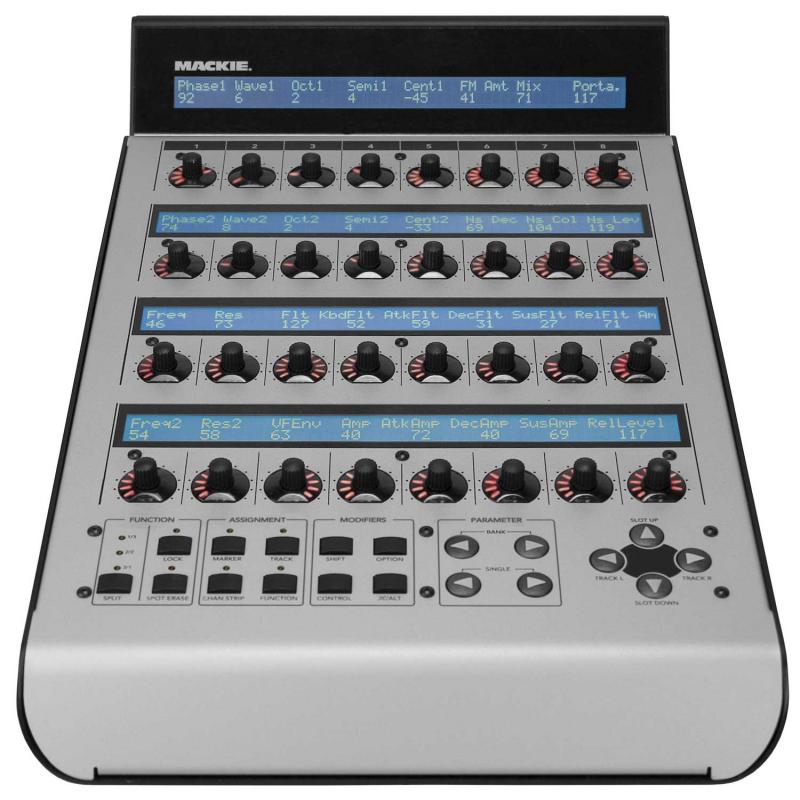 The emergence of software-based digital tools for audio made an impact on the design of hardware controllers. The tactile aspect of working with audio tools was no longer a given, resulting in a steadily growing range of available hardware controllers meant for use with various audio software. Creative solutions vary from simple MIDI-controllers such as the Behringer BCR2000, generic music production workstation controllers like the Mackie control pro series and the Euphonix MC Control, to controllers custom-made for just one application, such as the Digidesign Icon.

Despite the ubiquity of hardware controllers, there is still a demand for a more generic type of interface that could be used with open audio software such as Kyma, Reaktor, PD, Max/MSP, supercollider, Csound and CLM. Enter the Mackie C4 and NOTAM’s new range of Max/MSP patches. Although not really an open-ended interface, the Mackie-controller has now been enabled for integration with Max/MSP thanks to NOTAM.

Recently a new generation of open-ended interfaces has been introduced on the market. Examples of these are the Monome, Continuum Fingerboard and Lemur . Compared to these, the Mackie C4 is relatively limited, but it has two advantages:

The tactile aspect is an especially valid point to be made, because research shows that tactile feedback is an integral part of the creative process.

This is a work in progress and should not be looked upon as a finished piece of software.