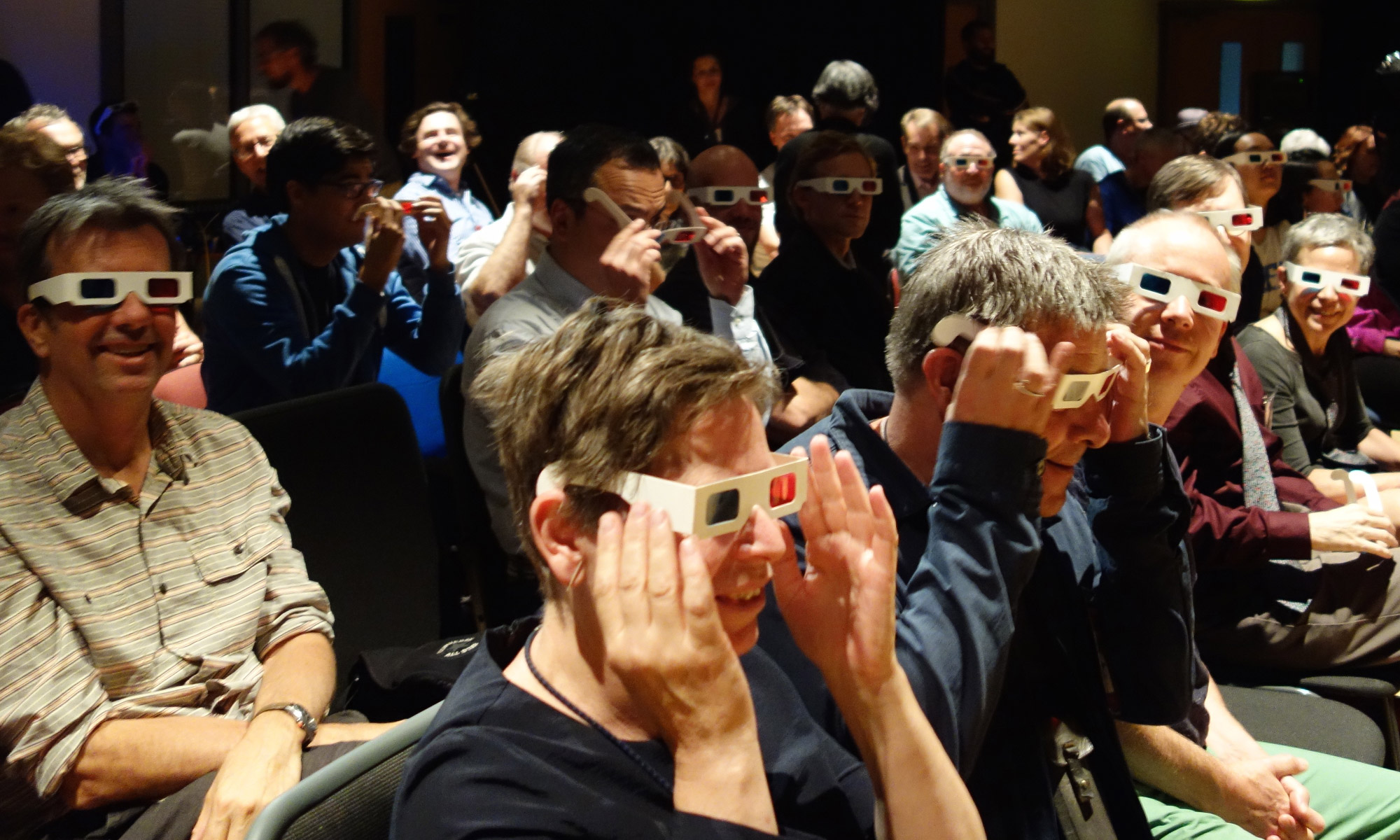 Where : Oslo: Teknisk Museum, UiO department of Musicology, The Norwegian academy of music and Victoria Nasjonal Jazzscene
When: 12-15 October 2017

— a symposium on new opportunities for sound designers & musicians in virtual, augmented and mixed reality creation

Sound and music are the original augmented reality technology. Throughout human history, sound and music have played an essential role in transforming the mundane into the sublime, turning everyday events into memorable milestones, and enhancing the flow of experience.

Sound designers, musicians, museum curators, game developers, researchers and others interested in the power of sound to create and augment reality are invited to participate in the Kyma International Sound Symposium, KISS2017 in Oslo Norway 12-15 October 2017. Join fellow participants exploring the uses of sound in Augmenting Reality through talks, live performances, hands-on sessions, and informal conversations over meals (which are included with your conference registration).

Program
The full KISS2017 technical and creative program is available here. A few highlights from the international lineup:

• Presentations on designing sound for planetarium-presentation; listening to the past in museum exhibitions; learning how to listen with cochlear implants; sound and music for calming dysregulated children; cooperation between musicians and machines
• Technology talks including pitch-tracking of live audio signals to control game avatars in real time, multidimensional audio, ambisonics, head-tracking, sonifying geo-spatial data, Open Sound Control, connections between Kyma 7 and the Unity3d game engine, live performance of electroacoustic music for an audience wearing VR headgear, using physical objects to interact with digital sound synthesis and processing, using wireless sensors to control and manipulate sound, and integrating live dance with generative sound and video for mixed reality performances.
• Desktop Demo Sessions where you can speak to the presenters one-on-one and ask them questions about their work
• An Open Lab where you can ask questions and consult on your Kyma projects with fellow practitioners and the creators of Kyma 7
• Live mixed reality performances including:
• A performer running through the streets of Oslo & transmitting a live video feed to the audience as his geospatial data generates and controls quadraphonic processing of a live ensemble
• A live musical performance of a computer game where acoustic audio controls real-time decisions leading to a distinctive outcome on each play-through
• Mixed reality performances where physical objects, like Tibetan bells or balloons, control digital sound and image generation
• Performances utilizing new musical inventions like the Electronic Bull Roarer and a new input device inspired by Ssireum Korean wrestling
• Citizen journalism and crowd-sourced news as an augmented reality performance
• A performance that looks at how organizations can use language to alter reality and neutralize our position as workers
• A mixed reality performance where long-distance communications augment time and space and magnify our stories
• The sounds of writing create sound fantasies in the minds of the audience & then mutate into other sounds that augment and clash with those imagined by the audience

Summary
KISS2017 is an opportunity for anyone interested in creating sound for augmenting reality to immerse themselves in new ideas and experiences and to meet and learn from like-minded colleagues.
Registration includes talks, concerts, reception, lunches & dinners:
Student discounts are available.
For travel and lodging information
Official KISS web site
To follow the latest KISS news and developments:
Facebook
Twitter

Organizers and Sponsors:
The Norwegian Academy of Music
University of Oslo Department of Musicology
Notam
Symbolic Sound Corporation
The Research Council of Norway