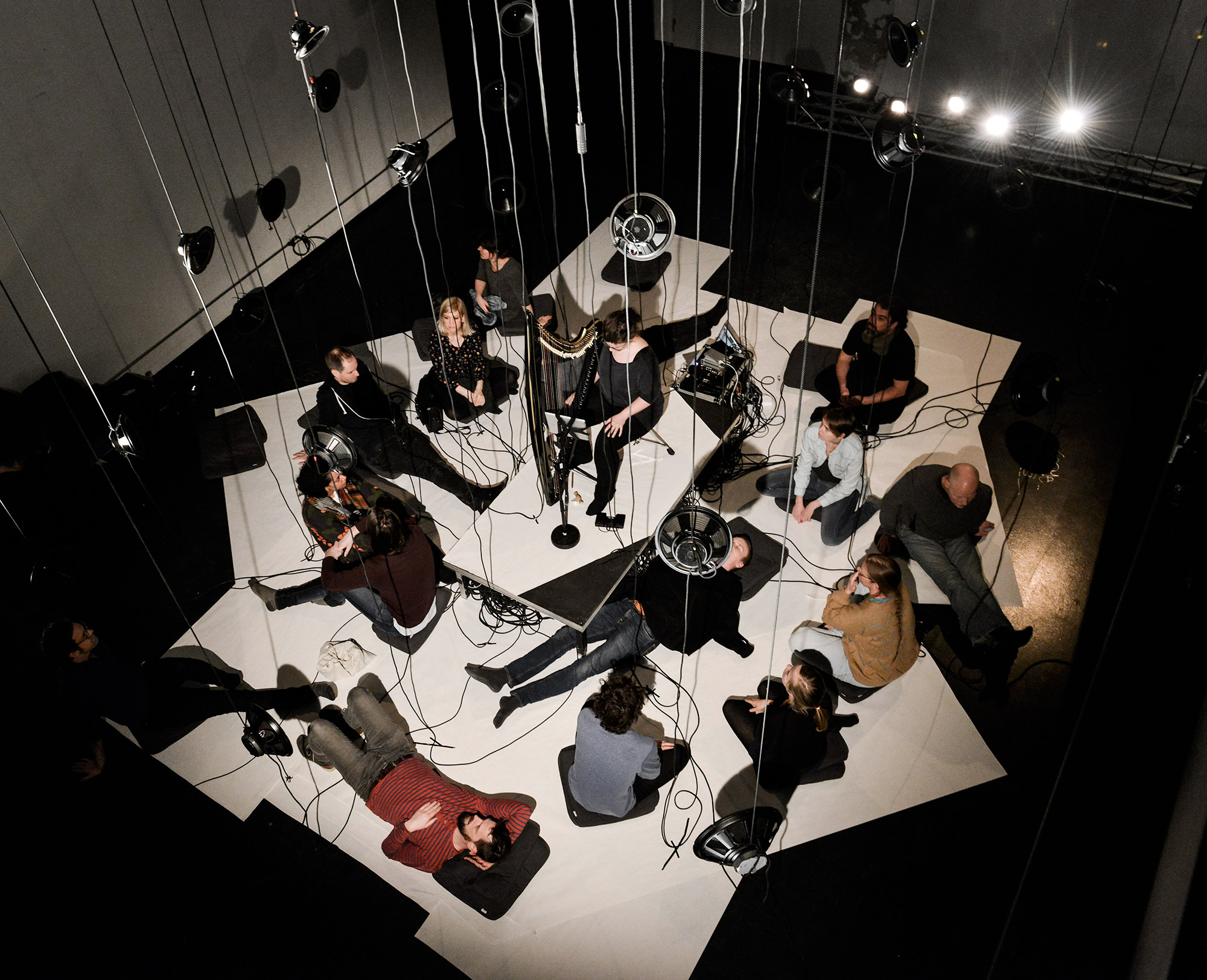 In Vortex Room, an installation and a musical work melted together. The room was made a sonic and sculptural expansion of the harp, space and instrument became one. Each string on the harp branched out to a respective speaker element, and overall they formed a large spiral construction, encircling the audience and the performer. The composition formed through the performer’s play and the distribution of it in time and space.
Two main ideas lay behind Dæhlin’s and Rødland’s work, namely the transfer of pitches from the harp construction to a spatial parameter and mathematical formulas that describe how vortices and repeated patterns form and evolve over time both with and without the influence of external forces.

A further look into the archive 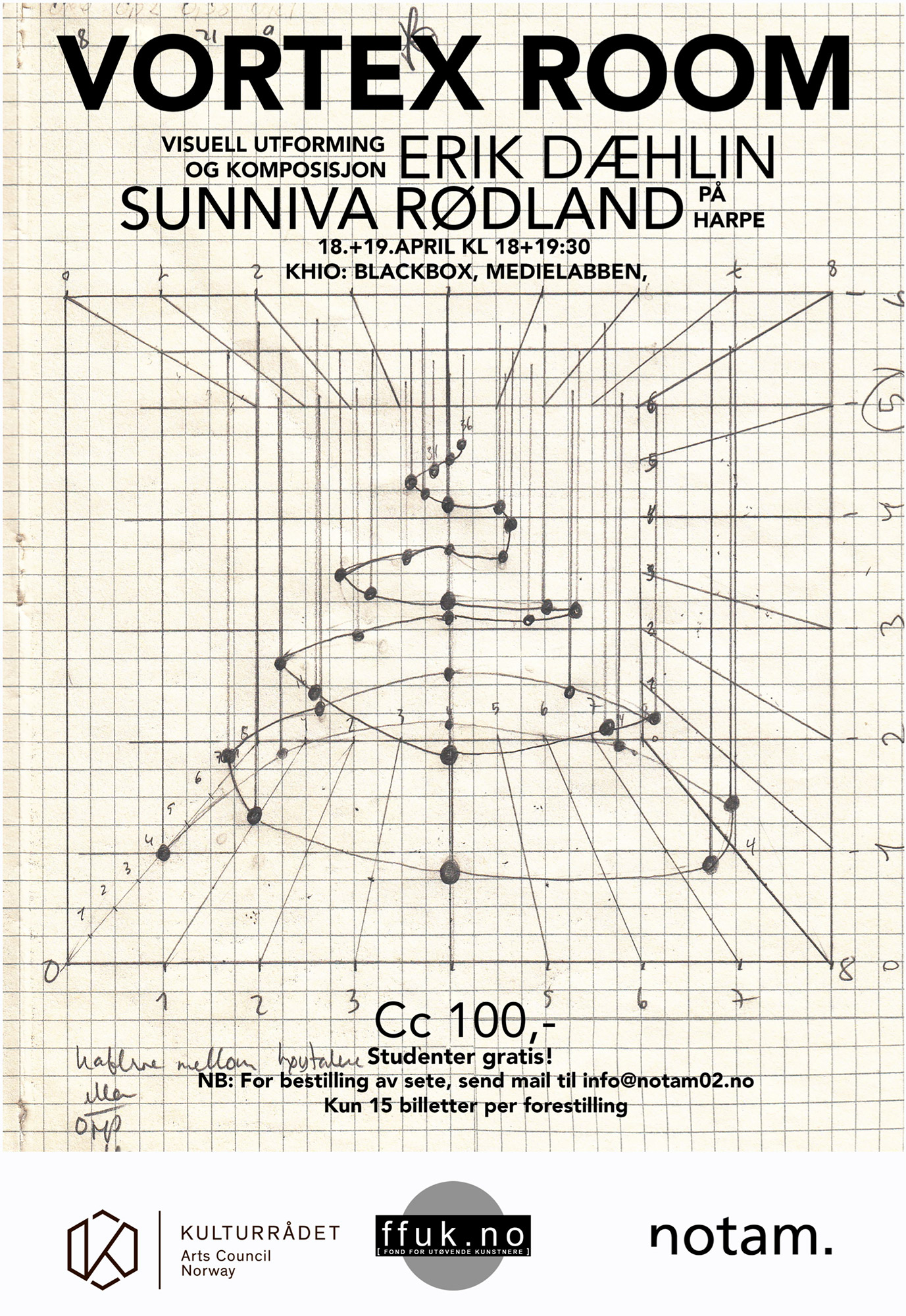 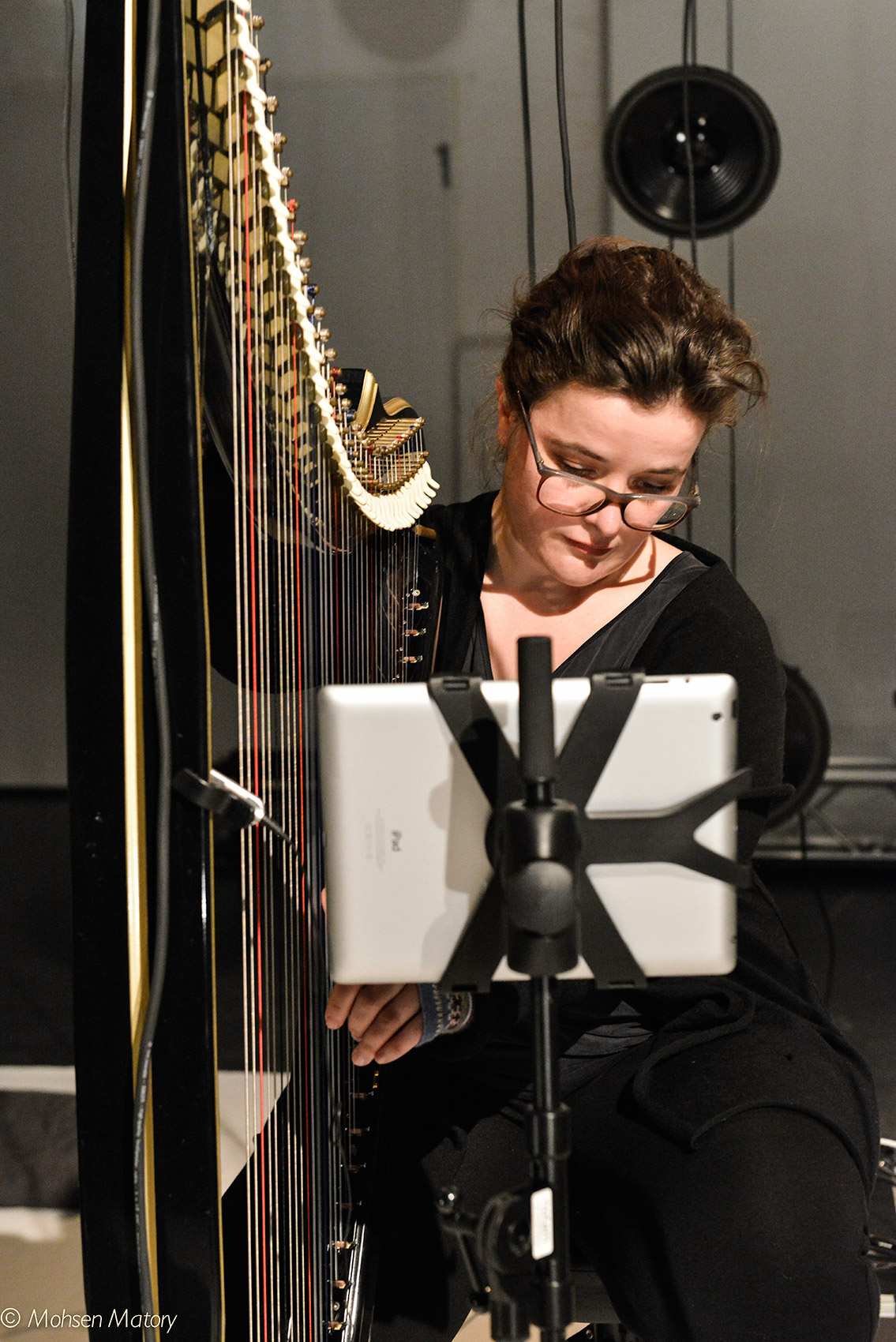 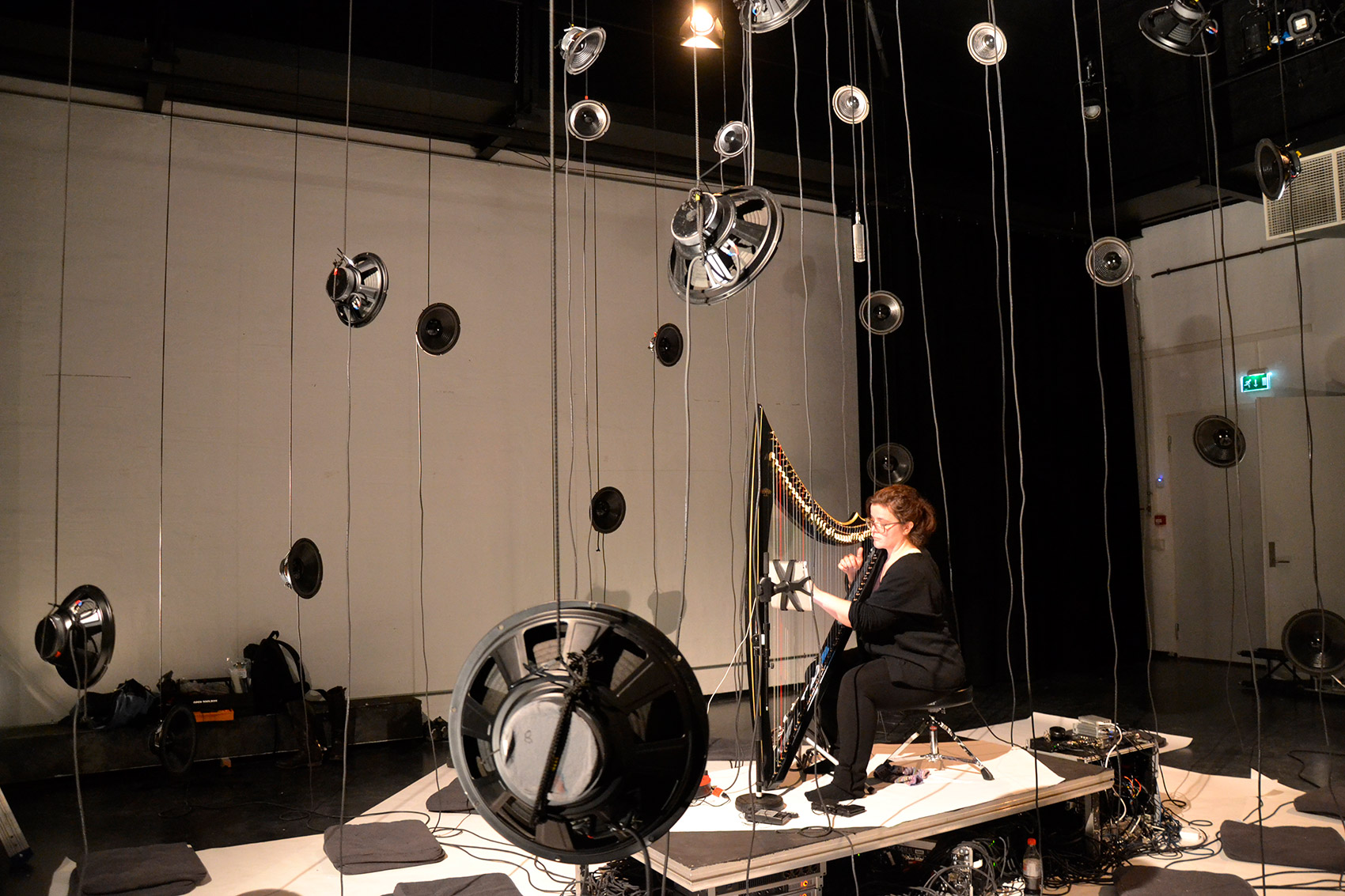 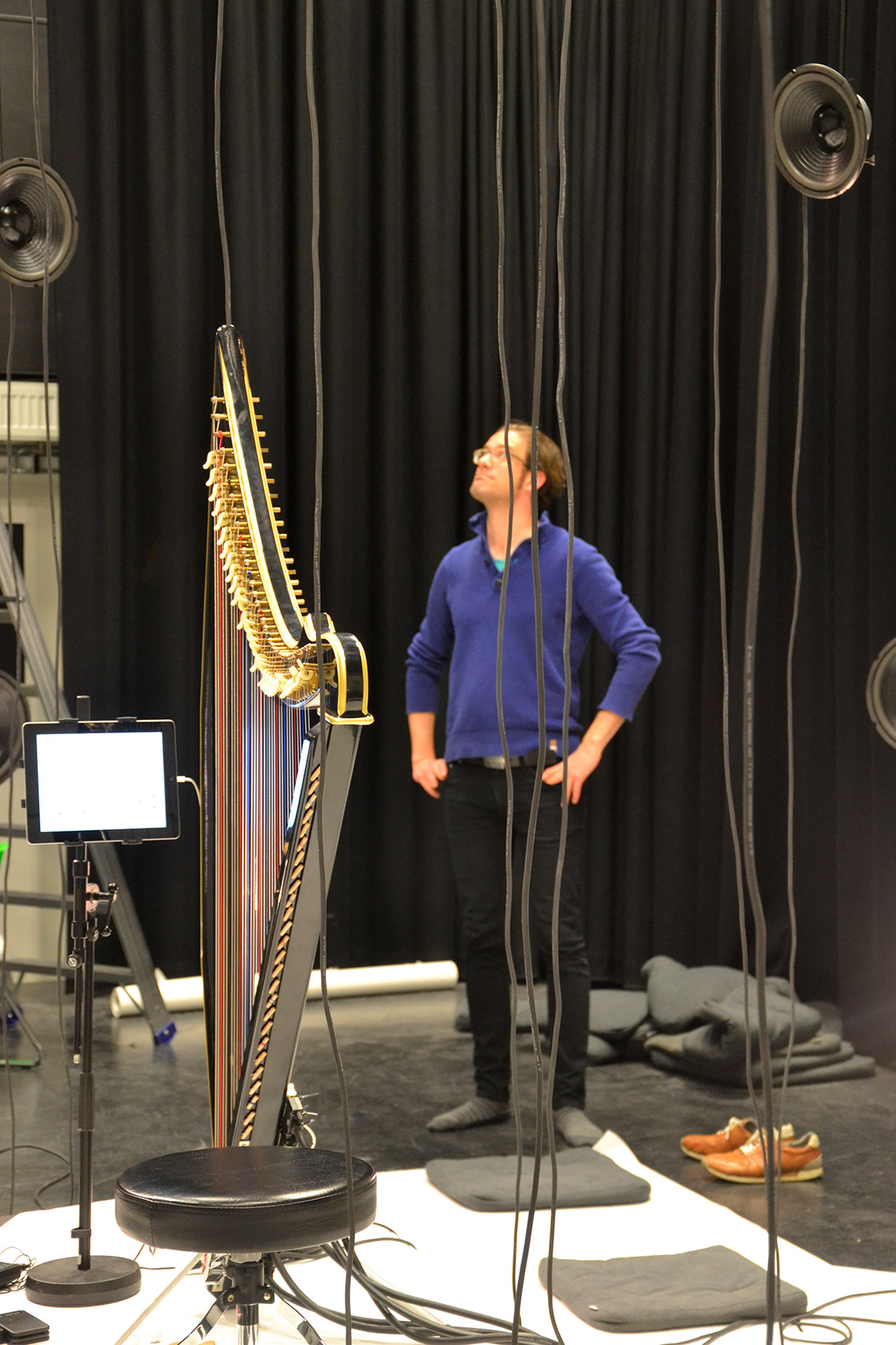