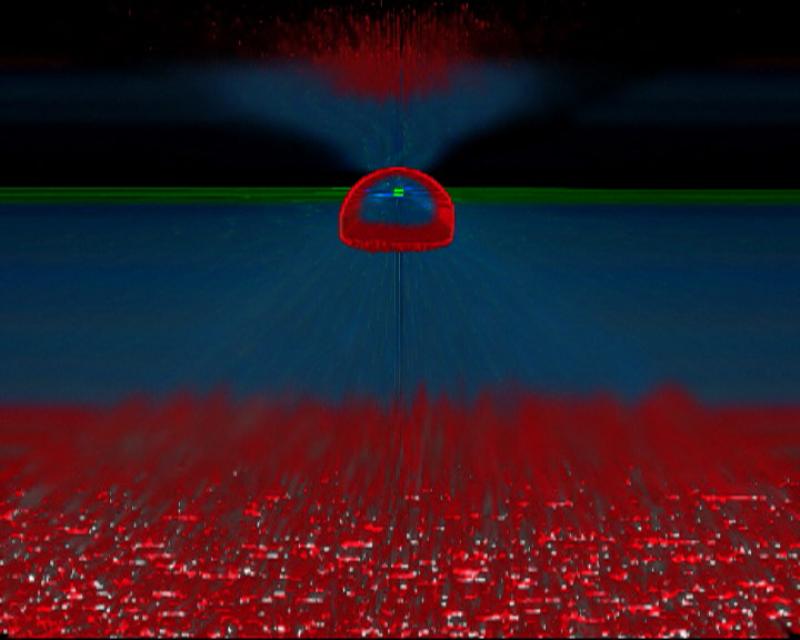 Tranquil in RGB. A video triptych.

A mundane recording of a fisherman with woman and sunset.

The recordings are processed through various videokeyers in a dedicated video computer program. The surronding elements are removed from the recorded image. The remaining material are the red green and blue signal of the videoimage, composed through the original skin color of the woman over a black background. The recordings are repeated three times. First red, then green, followed by the blue. The video phenomenon known as feedback are introduced to the image for each transition. These transitions lead up to the sunset that is further processed in three dimensional space through feedback. As the image floats inwards to an horizon, the audio are increased, emphasising the composition of noise that occurs as both video image and video audio are significantly reduced in time/speed. Each panel/videoscreen of the triptych contains this development. Each panel differs as they start with each separate color of the RGB schema.

For this exhibition the triptych will be exhibited as a singel-channel successive work.