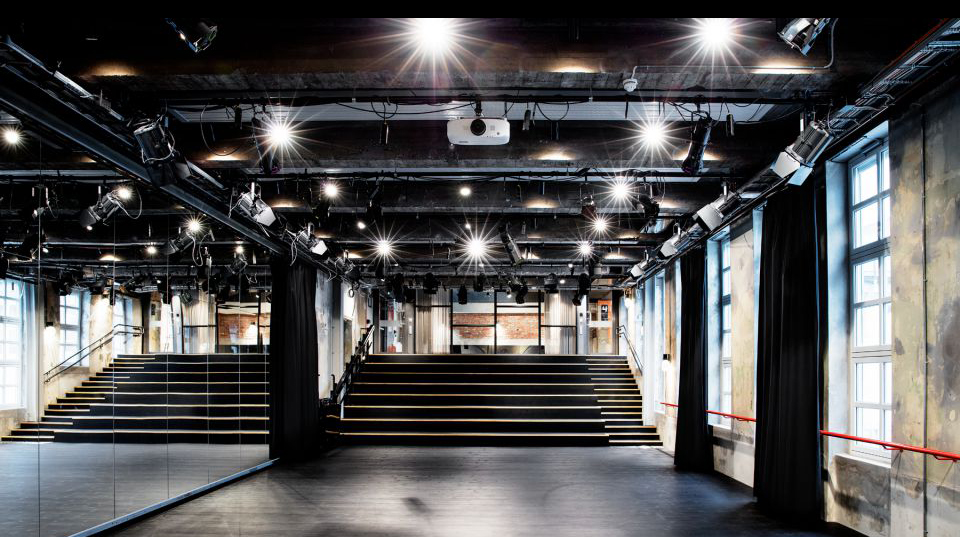 Electric Audio Unit (EAU) is an electro-acoustic music group consisting of Anders Vinjar, Natasha Barrett and Anders Tveit. They have arranged several successful concerts at Sentralen in 2016. Next concert is held in Gymsalen (pictured), Saturday 12/10 at 5:30pm.
The concert will be performed by their “Virtualmonium”, a virtual speaker orchestra developed by Natasha Barrett and Anders Tveit. The famous l’ Acousmonium at Ina GRM has certainly been a model for this. EAU on facebook