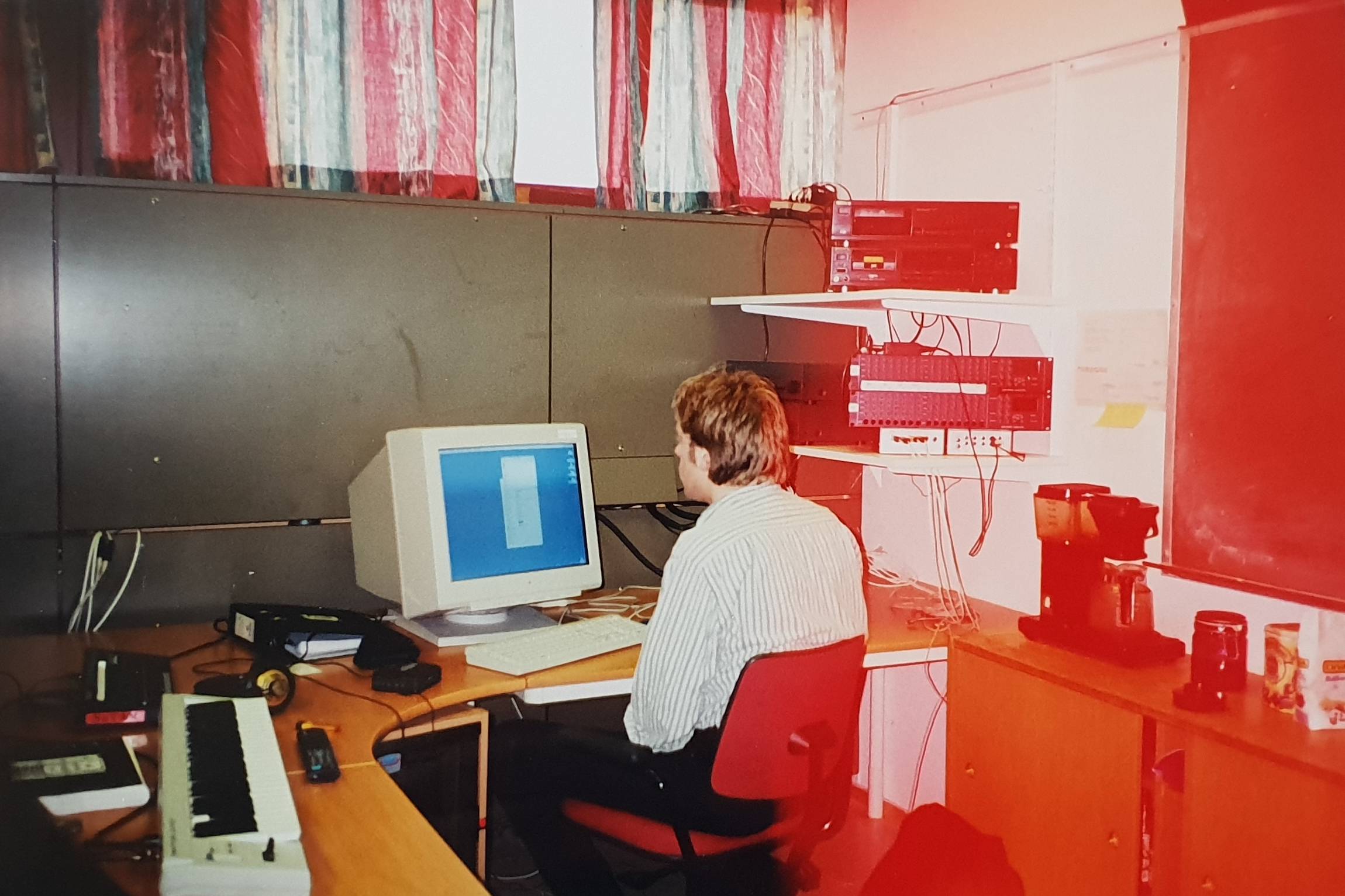 The facilities of Notam at the faculty of religion at the university back in the 90’s. Note the legendary coffee machine.

NoTAM (Norwegian Network for Technology, Acoustics and Music) was established in 1992 as a center for electroacoustic music for composers and the development of new technology under the UiO, and quickly found its place among the world’s developmental environments.

Notam became an independent foundation in 2001. In 2008 the name was changed to Notam – Norwegian Center for Technology in Music and Art.