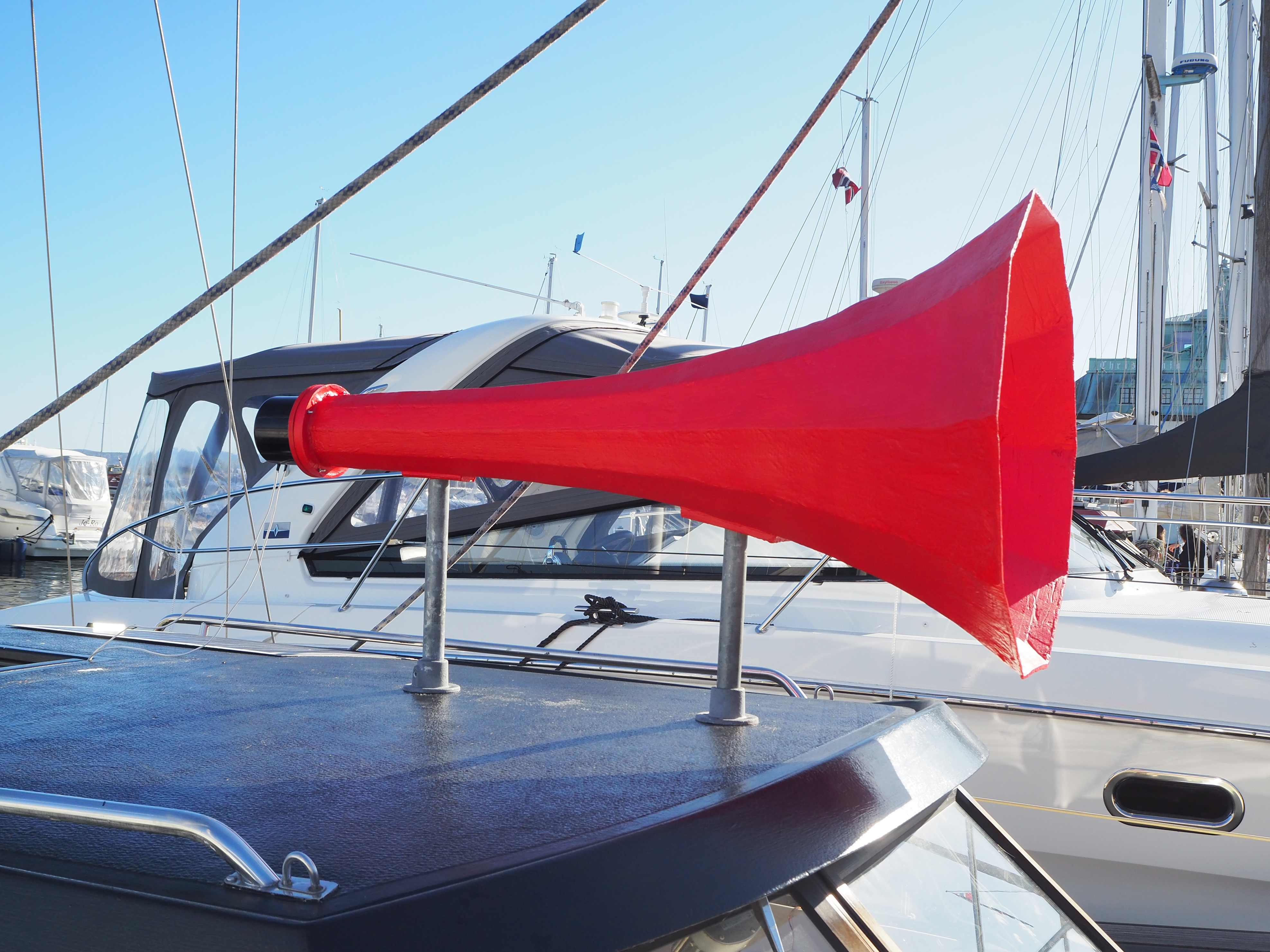 Developer at Notam, Hans Wilmers, supervised Pernille Meidel under the project Hav-Havn-Savn-Gavn to build a speaker on the sailing boat Slursula. The design of the fog horn was made based on acoustic principles.

Pernille describes the project as follows:

“The noise of fog horn can be heard on the coast when the fog prevents the vessels from seeing. The sound is violent and can carry many kilometers to prevent ships from grounding. The signal consists of low-frequency sounds that travel long distances.

The sound signal is picked up by the landscape and creates echo variations. The sound will then be able to convey the environment despite poor vision, depending on the echo of the sound in the landscape. The signal is associated with mystery, it warns of an unpredictable situation and signals both danger while conveying hope.

It was  the Canadians Robert Follis who invented the fog signal. When he got home one evening while there was fog, he heard through an open window his daughter practicing the piano. He recorded that the dark tones could be heard better than the high ones.

After the lighthouses have been automated, most fog horns, at least in Norway, have been removed and they have been replaced by electric alternatives. “

Why Pernille further why she chose the Fog horn:

“I am primarily concerned with the huge dread such a horn can make and the mystery I feel it represents. The subject of the project revolves around how the fog horn signal can both give us a sense of security and insecurity at the same time. The doubleness that the fog horn signals danger while simultaneously signaling that one should avoid danger makes the sound both beautiful and creepy at once.

I think it’s an important aspect that after the lighthouses have been automated, most fog horns have been removed and replaced by electronic alternatives. “