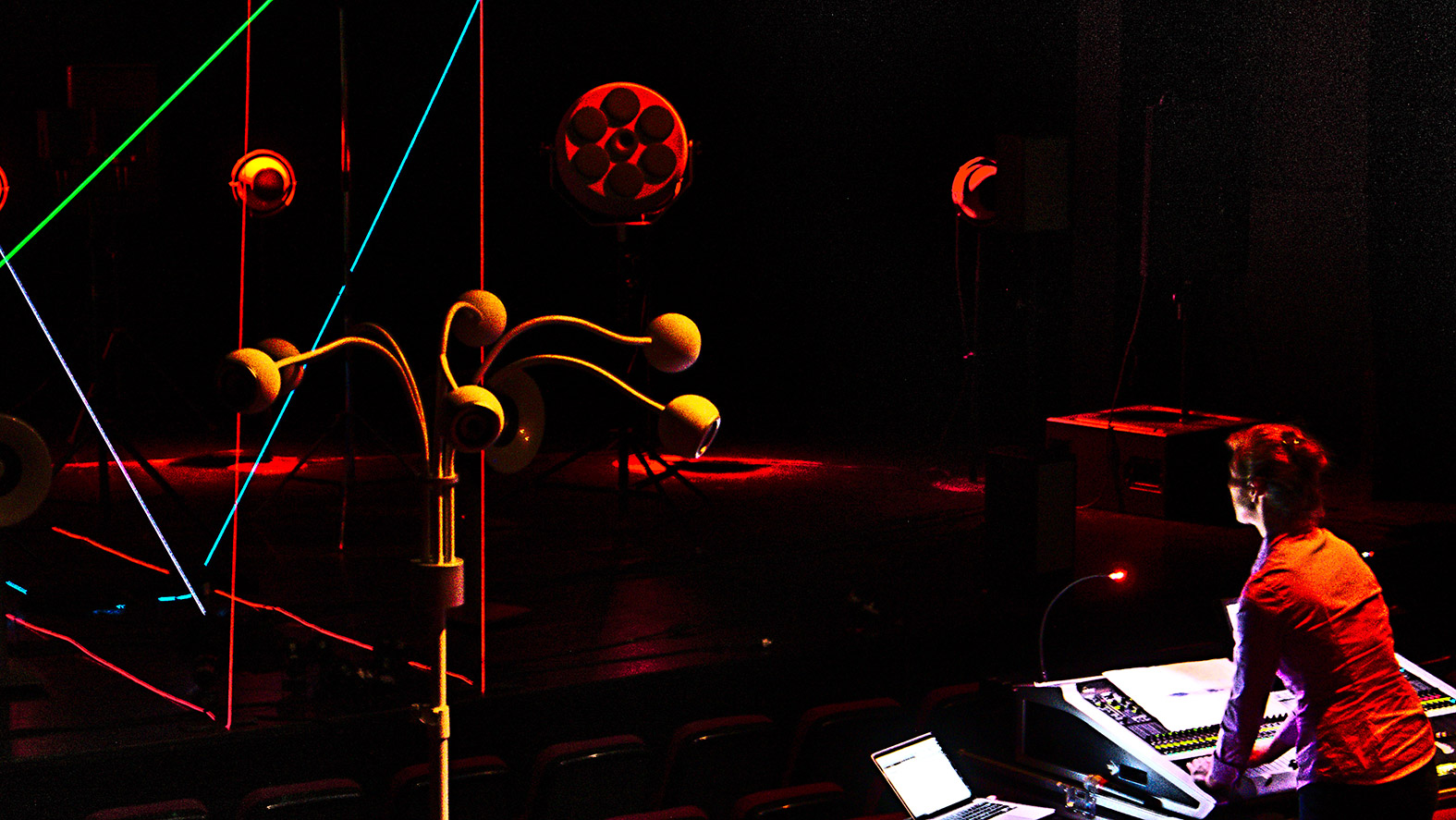 Electric Audio Unit (EAU) is an electro-acoustic music group consisting of Anders Vinjar, Natasha Barrett and Anders Tveit. They have arranged several successful concerts at Sentralen during 2016. Next concert is held in the Sentralen’s Gymsal on the 11/22 at 7:30pm.

The concert will be performed by their “Virtualmonium”, a virtual speaker orchestra developed by Natasha Barrett and Anders Tveit.

The concert gives the premiere of Koka Nikoladze’s “Ritual for a 3D printer”, which we are looking forward to experience in its entirety. We get to experience the classics “Chiaroscuro” (1987) by the legend Francis Dhomont, and “Klang” (1982) by Jonty Harrison. Åke Parmerud‘s “Raw” (2013), is a 24 track crowd favorite from Echo Festival in 2014.

Video with EAU from their visit and performance at INA/GRM in October: