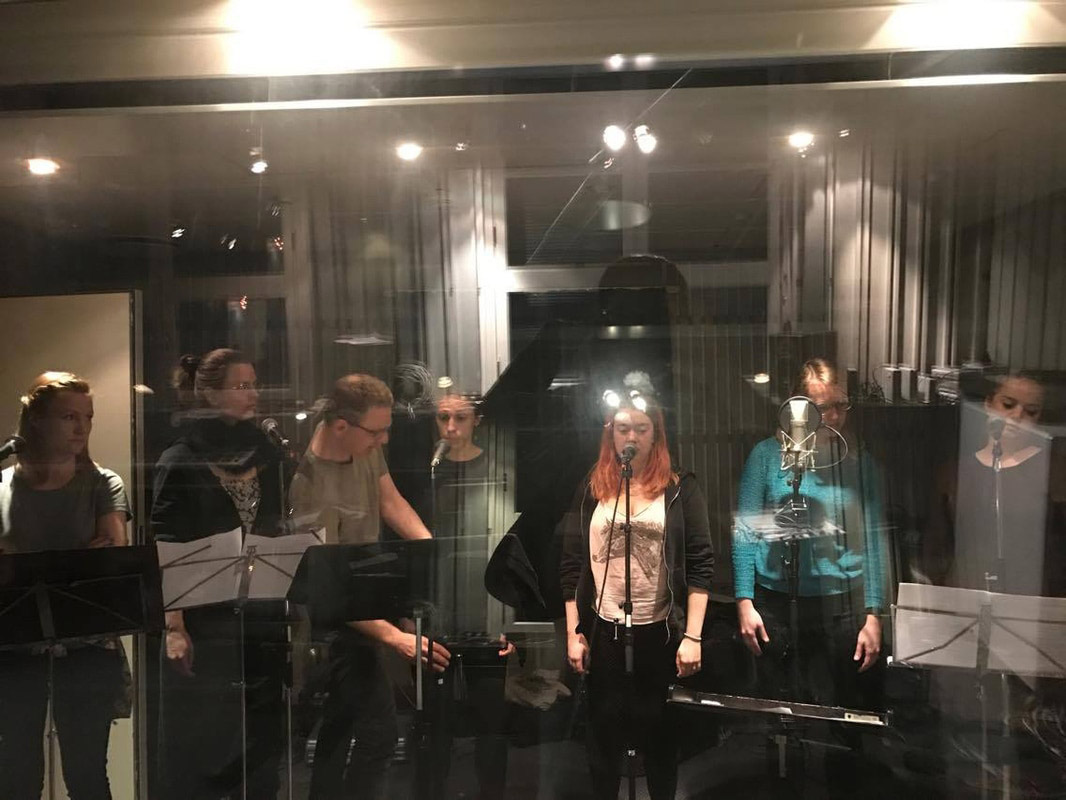 Anne-Liis Kogan and Ellakajsa Nordström have collaborated for many years. They are now exhibiting the work “I’m ready when you are (2012 – 2017)” at BOA. It is a piece of work which consists of three parts or stages that in each of their ways explores translation possibilities in relation to vocality and bodily memory. The artists are interested in how an act or event can be described and recreated, and constructs situations where sound, text and numbers create bodily consciousness in relation to the digital and physical space.

Anne-Liis Kogan (born 1984 Tartu, Estonia) has her MFA from Art in the Public Realm from Konstfack, Stockholm (2012), and BA from the Art Academy in Bergen (2010), where she exchanged in Estonia at the Tallinn Art Academy in 2009.

The collaborative project has previously been shown, among other things, at The Goethe Institute in New York, at Ptarmigan in Tallinn and at Galleri Ruth in Moss.

Notam at Cato Langnes has provided technical support in the studio and technical implementation of the project.