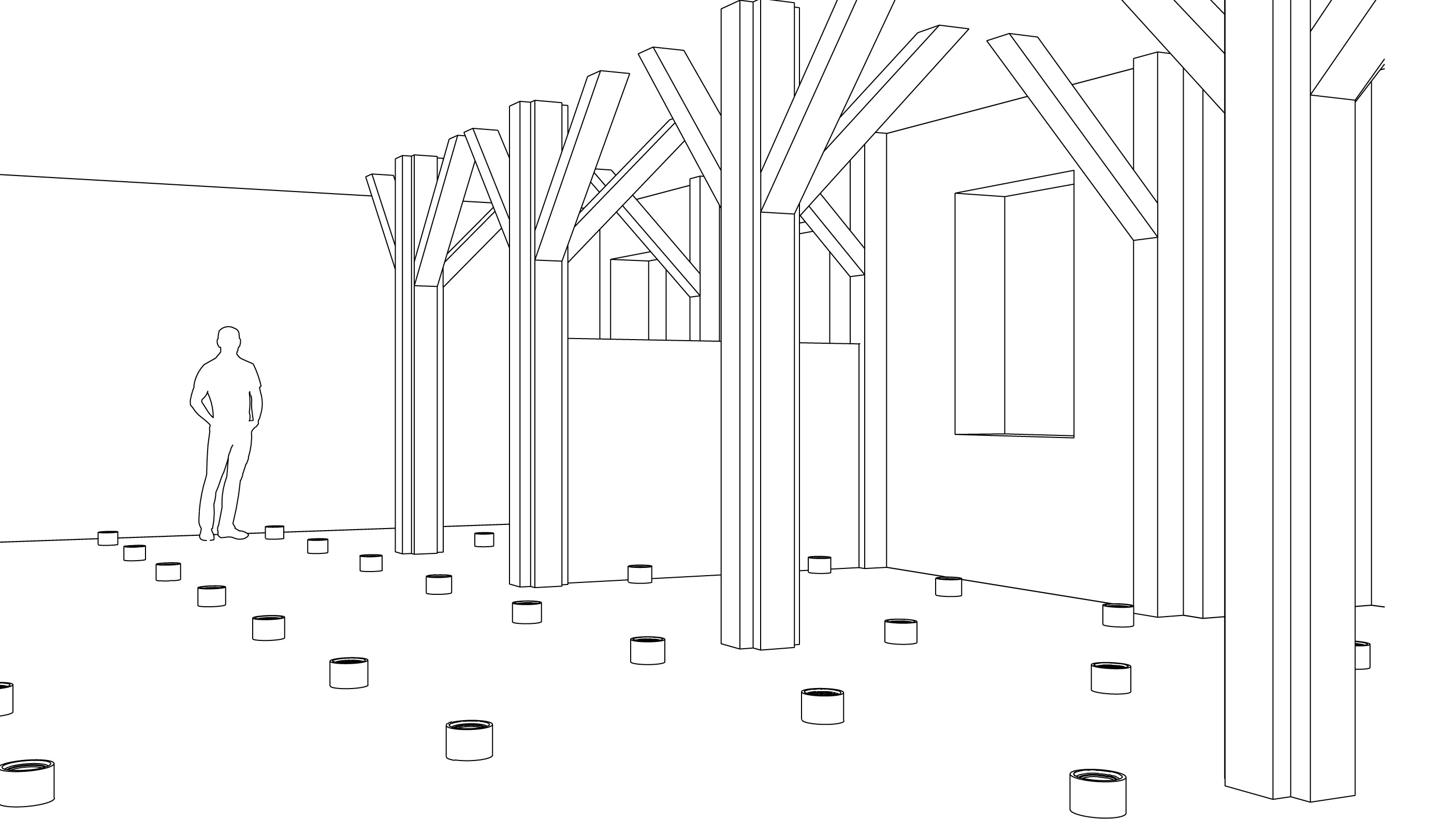 The sound installation Electric rain (2018) employs a 96-channel sound system where each loudspeaker receives an individual signal. In order to fully exploit the affordances of a system Sofi this magnitude, the sound material must also be comprehensive, and Flø uses field recordings, studio recordings and synthetic sound in order to create complex models of different types of rain.

The field recordings are loaded into computer memory, and sections from this buffer is selected in such a way that the same signal is not sent to more than one speaker. The selections constantly change, and the listeners will never experience the same sound balance twice.

The same collection of singular drops has also been done with synthesized drops, where Flø has tried out different methods in the control of frequency, spectral balance, density and combination into structures. There is a body of research on how sound describes meteorological phenomena, and several models for simulation of the acoustical and physical qualities of rain exist. Flø ended up basing parts of his work on an algorithm for rain synthesis developed by the musician Katsuhiro Chiba.

The programming has been executed in the high-level Max environment, and Ircam’s MuBu has been used for analysis of the sound recordings while Ircam’s Spat has been used for working with the spatial aspects. The sounds were distributed in the space according to principles about variation in placement, density and movement. The field recordings were used for creating diffuse sound fields, while the singular sounds were used as point sources with a precise placement in the space.

The loudspeakers are of Flø’s own construction, built in collaboration with NOTAM’s Thom Johansen and Hans Wilmers, as is the case also with the amplifier. The speaker elements are coaxial, which means that the treble and mid/bass-elements are placed in the same axis, and not vertically displaced as in most studio- and living room speakers. The result is that sound radiates equally in all directions, and the round cabinet that Flø designed has the same effect. Embedded in the cabinet is also a specially constructed filter that separates the signal to the treble element from the signal that is sent to the mid/bass element. Visually, the speaker does not require much attention, and this is deliberate. Custom circuit boards for the amplifier was designed in collaboration with NOTAM’s Hans Wilmers and Thom Johansen, and as several other of Flø’s installations installasjoner, the technical aspects are executed with a large focus on detail.

The installation is generative in the sense that the processes that are set in motion develop the material and its presentation in realtime. In the concert version Black Rain (Flø and van der Loo 2018), the musicians controlled the selections of drop sounds that were used, which parameter values were used for the synthetic sounds, how the sound density wandered through the concert space and so on. In general, the soundscape developed towards a synthetic character during the concert, and the stochastic element was maintained by the use of two analog feedback-loops, crafted by Rob Hordijk.

From a historical perspective, this work joins a long cultural historical tradition in literature, visual art, film and music where rain and its significance is modeled and brought forward to be experienced as material for art.