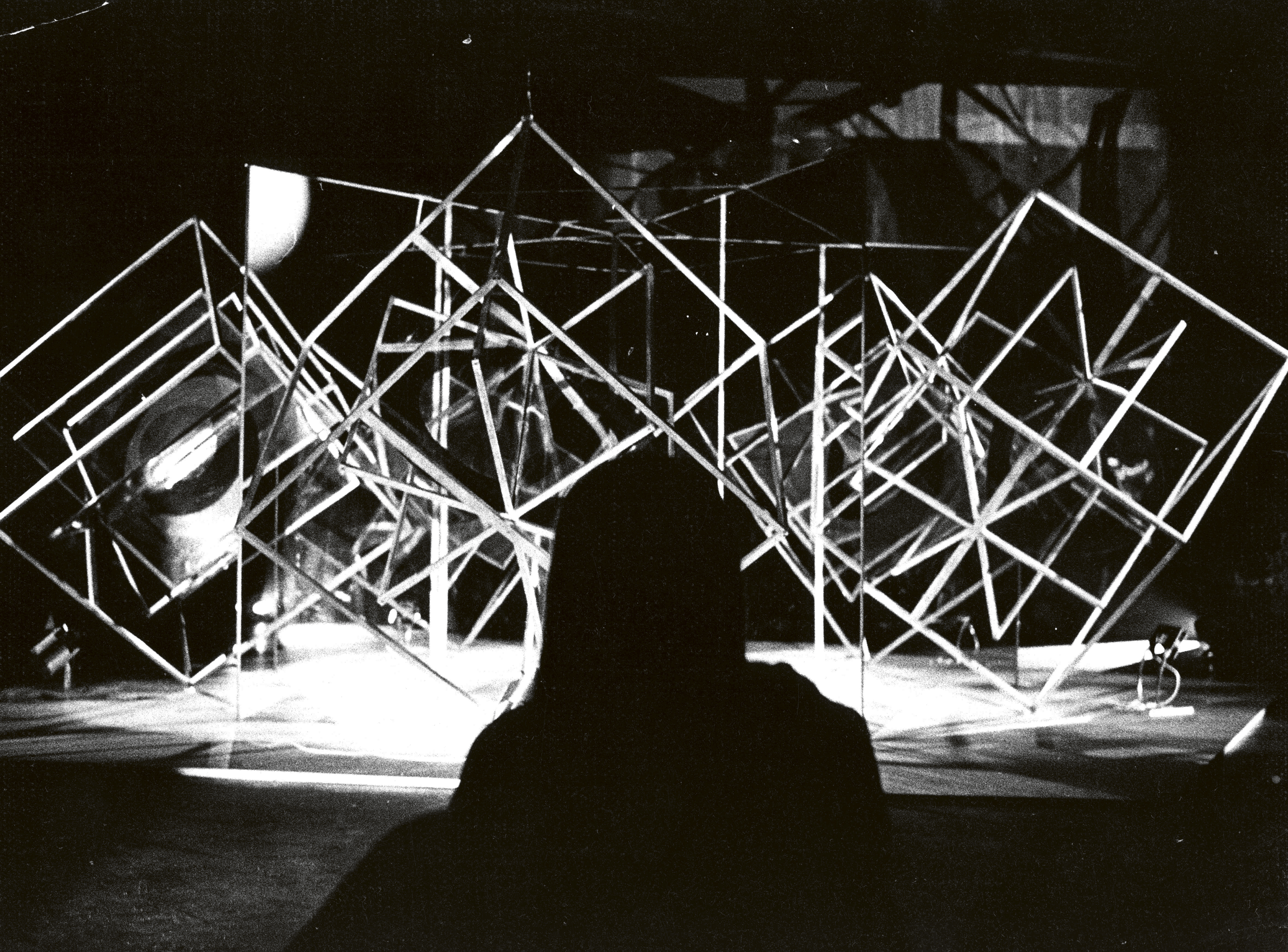 Blikk is an installation by Sigurd Berge (music), Irma Salo Jæger (sculpture) and Jan Erik Vold (text). The installation was commissioned by Henie Onstad Art Center (HOK) and was completed in 1970. The National Museum wishes to reconstruct the work and have it installed when the new museum building opens at Vestbanen.

The work consists of five steel constructions that are placed in a pentagram, each containing a paddle wheel which is rotated by a small fan placed on the floor. The leaves are made from colored plexiglass in different patterns, and when the paddles rotate, light, colors and shadows are projected onto the walls of the room. The music originally came from 20 speakers that were hung on the walls of HOK’s concert hall, above the audience.

Blikk is constructed with strict visual lines, where the light is accurately driven by a system that only occasionally syncronizes to the music. The installation lasts 83 minutes, with two 40-minute parts only interrupted by a 3-minute “laser show.” The laser show is executed by way of a small mirror which is mounted on a speaker membrane, and that reflects the laser beam in a complicated patternwhen the membrane vibrates.

The music consists of poems written by Jan Erik Vold, including Svingdør, Stemmen and Kulturuke, and the texts alternate with Berge’s electronic compositions of which several were made at the Gaudeamus foundation in the Netherlands. Many of these works have not yet been published.

NOTAM’s tasks in the project are divided into research and practical realization – research in the reconstruction of the work’s audio part, weighing contradictory information and source material in the tradition of media archeology, and practical realization through digitization and noise removal from the audio files, as well as the construction and programming of a state of the art control system that will sustain this work for several years.  Jøran Rudi, Cato Langnes and Thom Johansen are NOTAM’s representatives in this project.