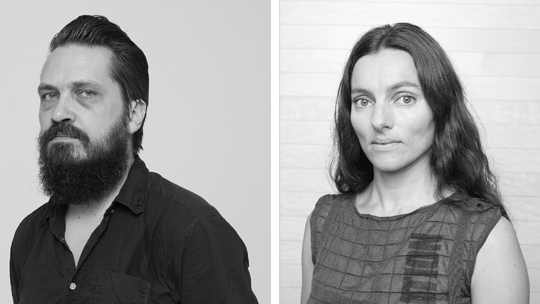 Eastern Waves is a project collaboration between Foundation 4.99 and Notam that through commissioned works, performances, and CD-releases illuminate the electronic heritage from the legendary Studio Eksperymentalne in Warsaw. Arne Nordheim and Kåre Kolberg travelled there to work with electronic music in the late 60s and 70s, and several of their important works were composed there. In 2013, Eastern Waves released a double CD with pieces by Arne Nordheim, and at this concert a new double CD with Kåre Kolberg’s works is presented, alongside releases with Maja S. K. Ratkje and Helge Sten.

This is not a project about the past – the concerts focus more on how the pioneering works is applied today, by musicians both in Poland and Norway. The concert features performances of commissioned works by Helge Sten and Maja S. K. Ratkje, and her piece In dialogue with Rudnik is inspired by the music of Polish electronic music pioneer Eugeniusz Rudnik, who also was Nordheim’s studio engineer when Kolberg and Nordheim worked there. In the concert version of this piece, Ratkje uses Rudnik’s music, her own voice, and objects processed in realtime. Helge Sten’s piece Monochrome is composed with material and inspiration from two pioneers from the polish radio studio: Bohdan Mazurek and Tomasz Sikorski.

The concert is a collaboration between Ultima Oslo Contemporary Music Festival, Nasjonal Jazzscene, Foundation 4.99, Bolt Records and Notam, realized with funding from Ministry of Culture and National Heritage of the Republic of Poland as well as an EE Grant.

Kåre Kolberg, who was supposed to be the guest of honor at the concert, unfortunately passed away in August after a longer period of illness.