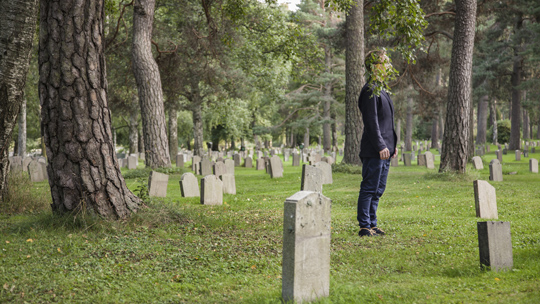 Edge of Wrong (abbreviated EOW) is a festival dedicated to the cultural exchange of contemporary arts and experimental music between South Africa and Norway. James Webb (South Africa) will perform a concert on November 10 (Deichman Library, Grünerløkka 9 p.m.), but before that he will present an illustrated talk at Notam on November 5 at 2 p.m. covering a series of contemporary art projects created in South Africa that connect themes of revolution, addiction, romance and magic.

James Webb is a South African interdisciplinary artist based in Cape Town. His work, framed in large-scale installations in galleries and museums, or as unannounced interventions in public spaces, often makes use of ellipsis, displacement and détournement to explore the nature of belief and the dynamics of communication in our contemporary world. Webb is acclaimed for his sophisticated practice that employs a variety of media including audio, installation and text, referencing aspects of the conceptualist and minimalist traditions, as well as his academic studies in advertising, comparative religion and theatre.

Born in 1975 in Kimberley, Webb has presented his work around the world at institutions such as the Palais de Tokyo in Paris, CCA Kitakyushu in Japan and the Darat al Funun in Amman, Jordan, as well as on major international exhibitions such as the 2013 Biennale di Venezia, the 2009 Marrakech Biennale, the 2009
Melbourne International Arts Festival and the 2007 Biennale d’Art Contemporain de Lyon. His work is represented in the collections of the Iziko South African National Gallery, Johannesburg Art Gallery, Nelson Mandela Metropolitan Art Museum, the Khalid Shoman Foundation, Amman, Vranken Pommery, Reims, and the Kaiser Wilhelm Museum, Krefeld.

Webb’s latest solo exhibition, The Two Insomnias, was presented at blank projects in Woodstock in February 2014. In 2012, he was the subject of the survey show, MMXII, at the Johannesburg Art Gallery. Recent projects include the creation of an associative audio guide for the famous Skogskykogården cemetery in Stockholm.