Wednesday September 28th Notam will be hosting a lunch seminar with presentations by artist Vilbjørg Broch and composer Ernst van der Loo. During the seminar Broch and van der Loo will be presenting excerpts from their new works which they have been working on in Notams studio 3.

Vilbjørg Broch has been working in Notam’s studio 3 for the past few moths. Broch’s work with computer music is largely concerned with algorithmic spatialization and algorithmic composition. Broch is applying structures and maps in higher dimensional geometry and algebra, and projecting these onto 3D for audio spatialization. During this presentation Broch will be sharing some of what she has been working on during her time at Notam.

Broch is a danish artist with a background in dance and improvisation from SNDO Amsterdam. Broch has worked on multimedia projects and studied mathematics, programming and algorithmic composition. During the past years she has become particularly interested in algebra, algebraic geometry and group theory. Her work within spatial audio has been a natural extension of this interest.

The presentation at Notam will be held by van der Loo, focusing on the use of speech and text material in electroacoustic composition. There will be a short presentation of the first audio excerpts and the possibility to ask van der Loo about his working methods for this project. 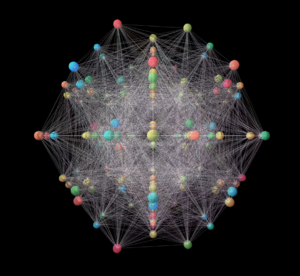