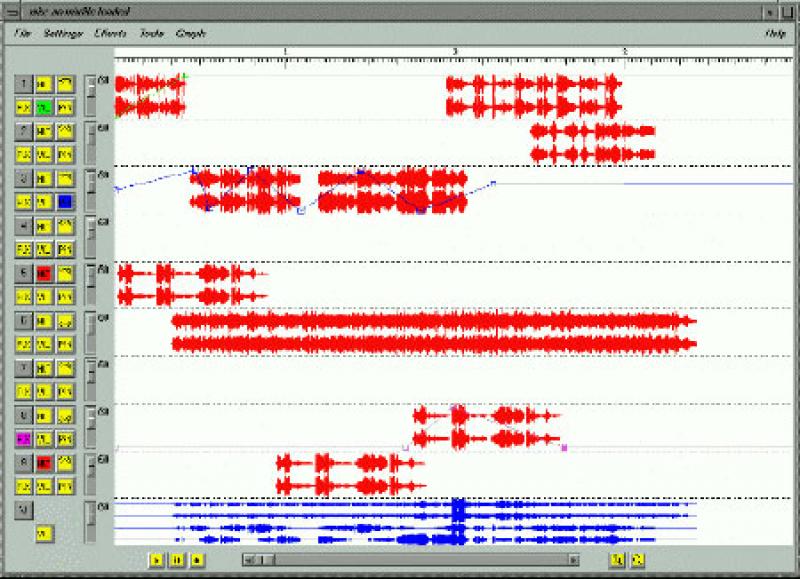 Sound files in stereo, mono or quad can be placed on nine tracks, multiple layers on the same track is also possible. The sounds are mixed directly from disk in real time so that the requirements for memory capacity is minimal. Each track has a fader which can operate during playback. Envelope and pan curves can be drawn on each track. In addition to being dragged to the desired starting point by a mouse, the sounds can also be placed by entering the start time numerically. A special scripting language can be used for algorithmic mixing. Mix also has a number of effects that work in real time (chorus, Harmonizer, filters, ringmodulator, echo, reverb).

How is the program useful?
Mix does not have as many features as ProTools and other major systems, but the program is easy and fast to use. Mix fills a key position in interaction with other applications on SGI machines, and makes SGI a convenient workstation for computer music..

Mix is designed and programmed by Øyvind Hammer.