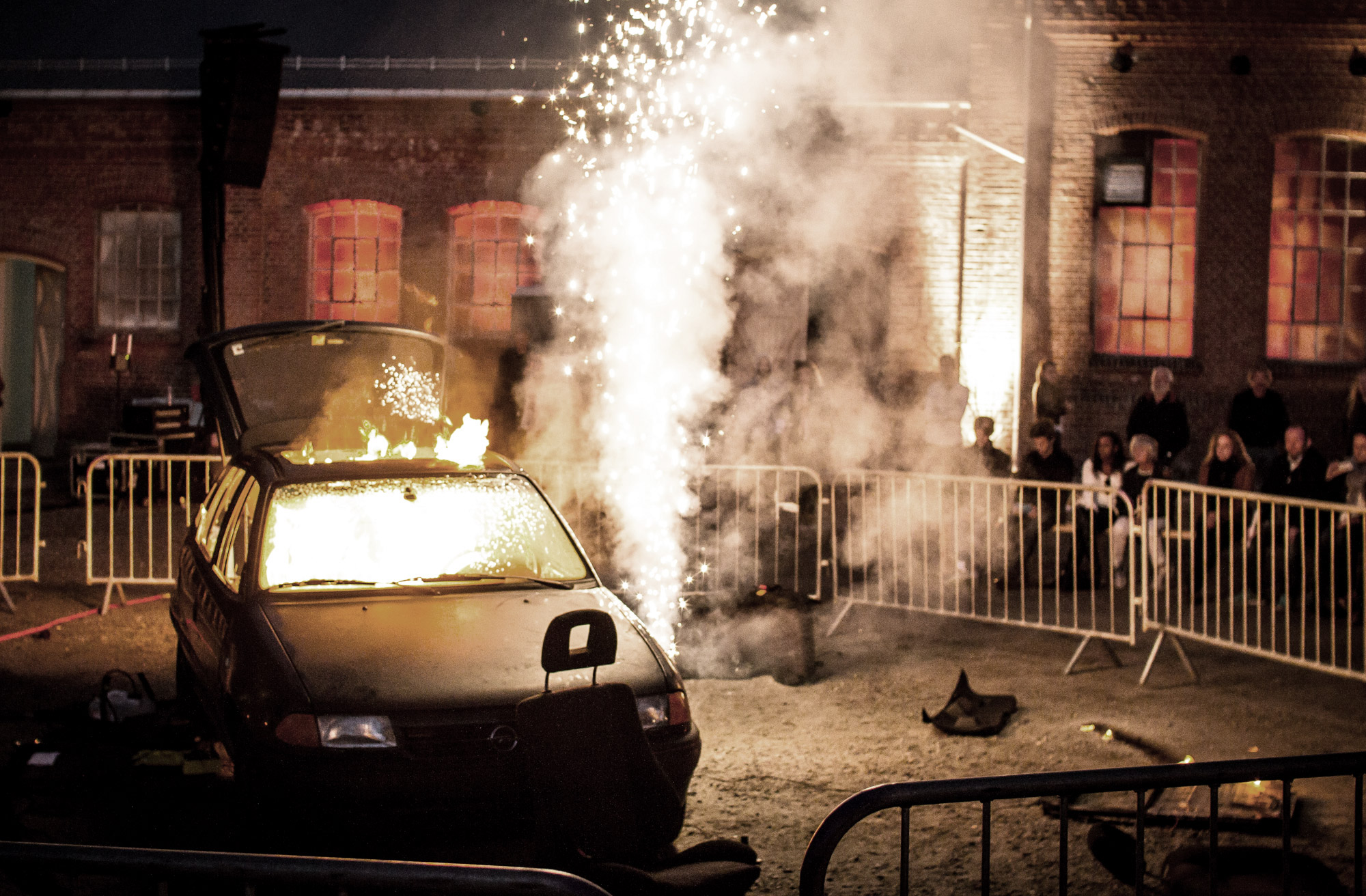 A grand multimedia show about rebellion, hope and burning cars.

Flammepunkt (“Flashpoint”) was inspired by political youth rebellion in London / Hackney, Rinkeby in Sweden and Paris 2005, the uprising at Tahrir Square in Egypt, Taksim Square in Turkey, Maidan in Ukraine and riots in response to the financial crisis in Greece. The project was part of the Constitution anniversary Eidsvoll 2014 and the multimedia presentation was performed outside the constitutional building at Eidsvoll.

Burning cars were pervasive symbols both visually and sonically, and Notam supported the production through access to facilities and equipment, technical solutions and staff in connection with the recording of a burning car. Microphones were wrapped in flame retardant and heat protective material and placed around in the car, and Asker/Bærum fire departments IKS ensured a controlled fire in connection with the shooting.