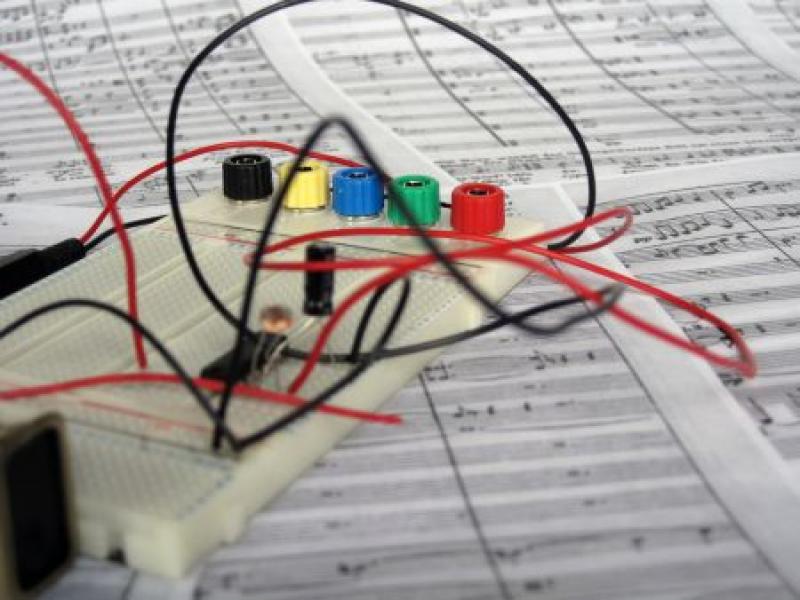 Ragnarok is a circuit-bending installation by Asbjørn Blokkum Flø which will be premiered at the Ultima Contemporary Music Festival 2011 as part of the event EXIT at Oslo Academy of Arts on September 17 at 6 p.m. Flø developed the installation with assistance from two colleagues at NOTAM, Hans Wilmers and Henrik Sundt, for electronics and software development respectively.

A circuit-bending installation by Asbjørn Blokkum Flø. In the installation, Richard Wagner’s 15-hour opera Der Ring des Nibelungen is compressed until only a one-second musical elementary partical remains — a ‘Wagner particle’ with such a concentrated mass that it contains the gravity of the whole opera in one sole spectrum, all in one second. This particle is subsequently stretched into three-dimensional, aural spacetime. Will this compact mass of pulsating Wagner waves create a gravity so powerful that it will collapse and absorb everything and everyone in its immediate surroundings?

With theories stipulated by the French mathematician Jean Baptiste Joseph Fourier as a point of departure, and a bit of Karlheinz Stockhausen philosophy thrown in the mix, the installation is an experiment where Flø seeks an answer to the question of what will remain of Wagners grandiose masterpiece after having been submitted to extreme time compression, thereafter to be stretched and decoded with the aid of electronic circuits prone to introducing unpredictable results. It is in these circuits breakdown, in the circuit’s Ragnarok, that the particle is born again and bites its own tail. The circle is closed.