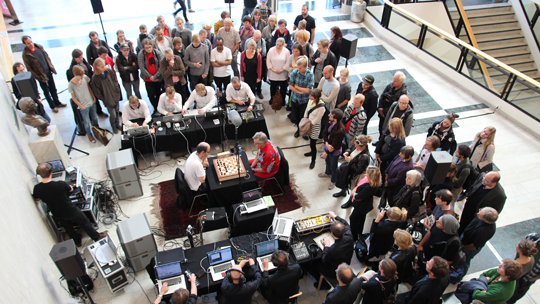 Reunion 2012
What happens when chess players get to perform music? What does check mate sound like? 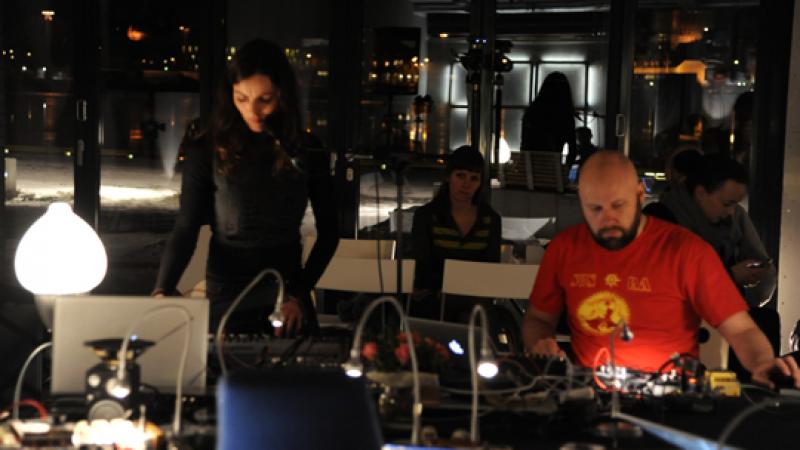 The work bases itself on John Cage’s Reunion from 1968. The idea behind Reunion was to reflect the chess game’s flow and dynamics through sound. The idea was put to life by building a chess board equipped with sensors which would register movements on the board, and which in turn would result in various sonic results.

During the Ultima festival in September 2012, Reunion will recur as a technologically updated version of Cage’s work, with a revitalized artistic expression and modern technology that ensures a higher degree of interaction between the chess movements and the sound. 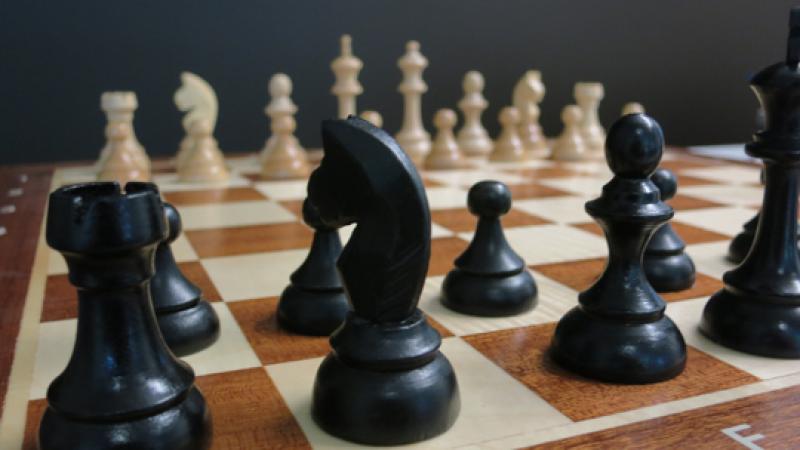 Reunion2012 will be presented in a concert format on two occasions at the University Library at Blindern. At the concerts, the chess players will be playing with several musicians, all of whom are connected to the chess computer analyzing the game. Movements on the chess board determine determine which sounds are let through to the audience, so the chess players could be said to have the roles as the work’s conductors. During the rest of the festival, Reunion2012 will be exhibited as an installation, where the audience may perform music by playing chess. 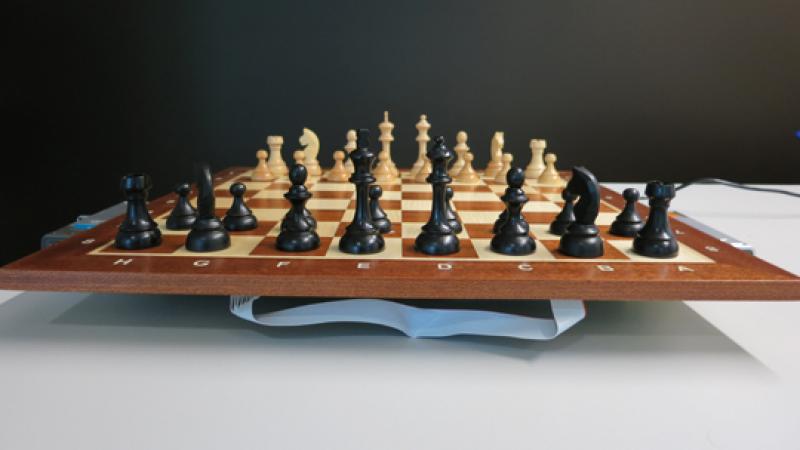 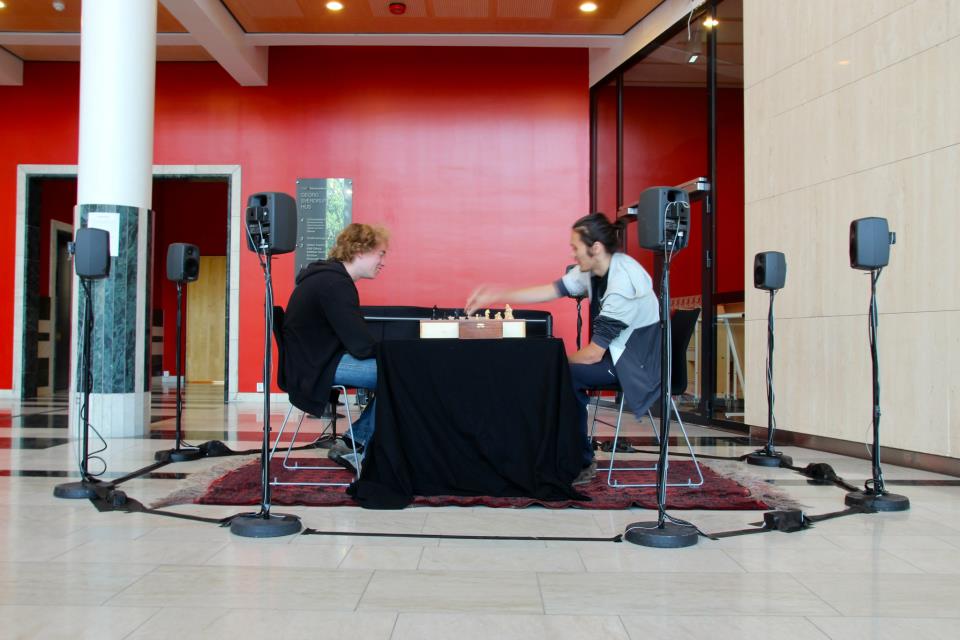