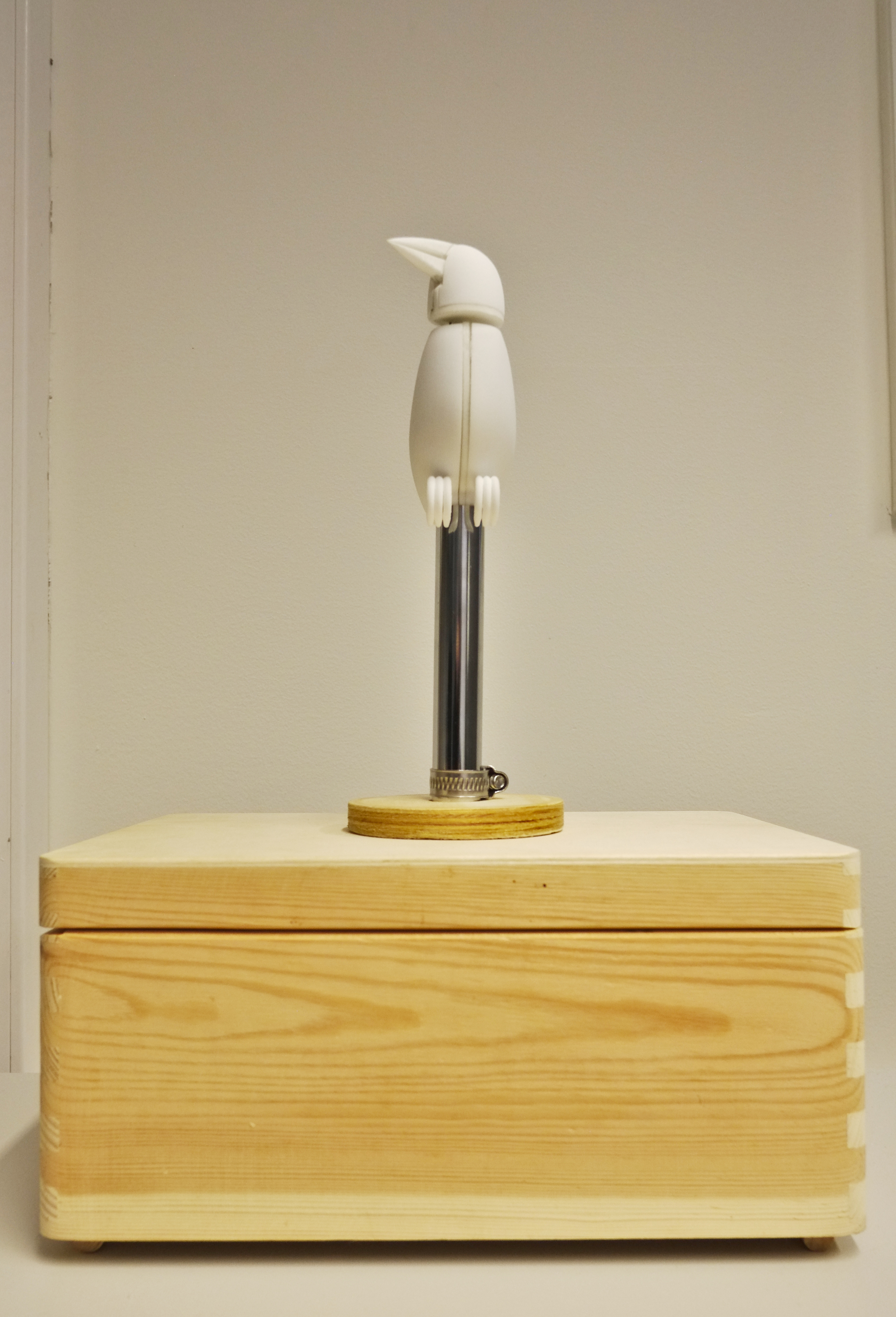 Simon Løffler’s work Songbirds was performed during Ultima 2018, and the songbirds in the piece were developed by Hans Wilmers based on a concept by Simon Løffler.  They are small combinations of fine mechanics and electronics that sing and snap with the beaks as the piece develops. An unusual thing about this project, seen from NOTAM’s side, is that the sounds are produced mechanically and not by electroacoustic means, although the control is digital.  Making the birds snap their beaks and producing sound with the bellows that can be seen in the pictures without creating too much noise has been demanding, and the solution that was chosen shows the quality of the engineering competence in NOTAM’s staff.

The sound generation is based on a mechanical songbird where parts of the mechanics have been replaced by servo motors and solenoids.  In order to avoid constant noise from the bellows, and quick-start electric motor starts the instant that the sound should ring, and this requires tight control of the flute and the motor that moved the bellow.  In addition to the flute sounds, the clicking sound from the beak was used as a percussive element in Løffler’s work, while the head movements of the birds were used scenically, all in tight coordination with the musicians from Asimisimasa.