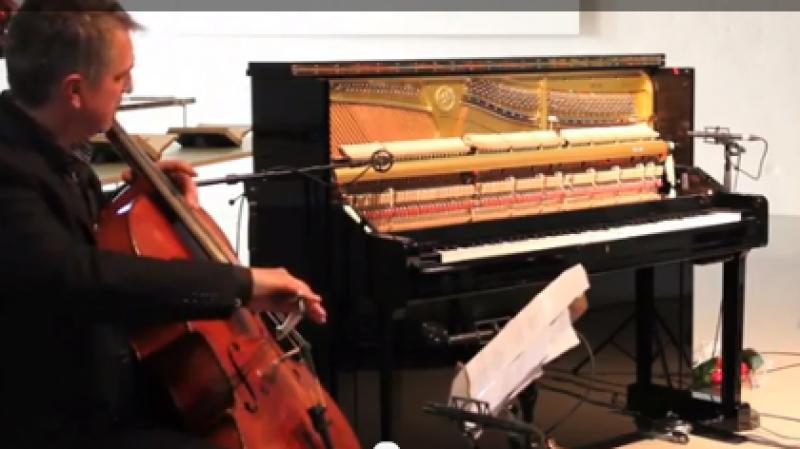 In connection with the closing of the exhibition ‘Forms of Modern Life‘, which included two major works by Hannah Ryggen (1894-1970) on loan from The National Museum in Oslo, OCA commissioned the recreation of a recital of Vevnad as originally composed by Arne Nordheim(1931-2010), and now performed with Hans Josef Groh on cello and Sverre Riise on trombone. Asbjørn Blokkum Flø from NOTAM controlled the MIDI-file for the disclavier. This recital marked the first and only time this experimental composition has been revisited and reperformed publicly since the introduction to audiences in 1993. NOTAM provided support and technical assistance in the preparations for this performance, which took place June 15, 2011.

Video of the concert here: