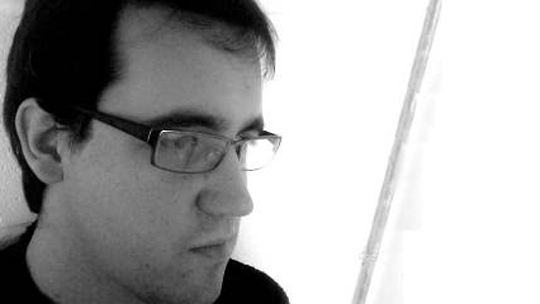 The British composer and creative programmer Alex Harker is resident composer at Notam August 10-26. While at Notam, he will develop new interface tools for working with immersive audio techniques in the new 3D studio. He will be combining this with compositorial work.

Harker is a lecturer at the University of Huddersfield, where he joined as a Research Fellow in 2011. Harker’s works have been programmed as part of concert series, festivals and conferences in the UK, France, Denmark, Switzerland, Korea, and the USA, including the International Computer Music Conference, Sound and Music Computing Conference and Huddersfield Contemporary Music Festival. His works have been performed by the Worldscape Laptop Orchestra, Heather Roche, Elastic Axis, Jonathan Sage, Peter Furniss and BEAST. A two track EP is available from Ergodos Records.

As programmer, Harker’s software is in use internationally both inside and outside of academia in wide variety of fields, such as psychoacoustics, concert hall virtualisation, realtime audiovisual dj’ing and compositional work.In 2012 he was engaged by Berlin-based software company Ableton to develop a convolution reverb device relevant to electronic musicians for use in their flagship digital audio workstation Live.

Notam’s studio for immersive sound is a result of several years of financing and planning, with support from Rom for kunst and Musikkutstyrsordningen.