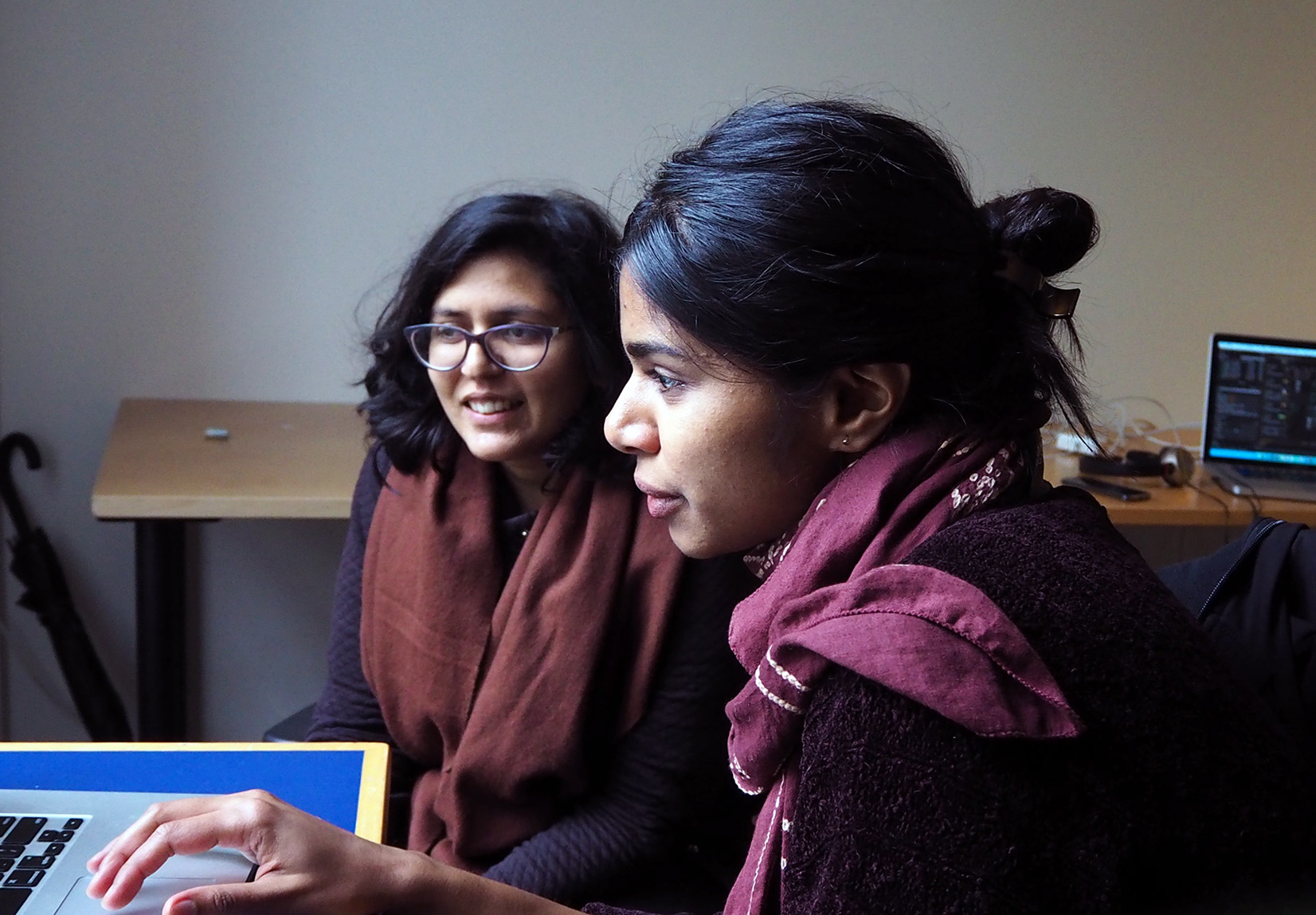 Prerna Bishnoi and Sindhu Thirumalaisamy have been developing sound in studio Wiggen lately. It will be a part of the installation MMMMM… Alone (of all her sex) which again is a part of the conference The Power of Motifs 7th-29th this month at the University of Oslo. The conference starts on Thursday at Professorboligen, and the artwork will be presented later that day, 7pm-9pm at Campus Blindern and again the last day of the conference, the 29th of September.

In their new work they have listened to the words of Maryam Trine Skogen and Marion Rosen and produced a work about the voice, care and devotion. This sound piece is synchronous with an emergent project led by women and queer Muslims in Oslo.

MMMMM…Alone (of all her sex) aims to bring visitors into contact with the notions and view on the female as creator and political being, in opposition to the narrow understanding of the symbol Virgin Mary as a mother and virgin. The concept, installation and continuing programme are conducted by artist Petrine Vinje.

The Power of Motifs aims to explore and discuss different perspectives related to the communication of motifs – from biological conditions to social and political consequences. Speakers include Marina Warner, Paul Binski, and Semir Zeki amongst others.

Sindhu Thirumalaisamy (India, 1990)
Following the ways in which sound challenges scopic regimes, Sindhu’s work engages a poetics of uncontainability across different sites, cultures, and borders. She often works with other artists and activists, taking on roles of researcher, recordist, editor, and performer. Sindhu is an MFA student at the University of California, San Diego.

Prerna Bishnoi (India, 1989)
“I am interested in the architecture of public or common spaces like shopping malls, metros, parks, and playgrounds, the social, political and economic conditions established in these spaces and how they encourage a certain performativity – interaction and intra-action. I write texts, make films, performances and games, often with others. I have just completed my masters from Trondheim Academy of Fine Art.”

Bishnoi and Thirumalaisamy have been working together since 2010. Their collaboration has led to projects that are deeply engaged with Bangalore. Through films, performances and writing, they playfully investigate hopes and anxieties that are linked to the city’s (re)development. Past projects include Composition for Temple Speakers (2014), The Curse (2012), Rhinos (2011), Kitchen Spectacle (2011), and The Dharmambudhi Tank Project (2011).