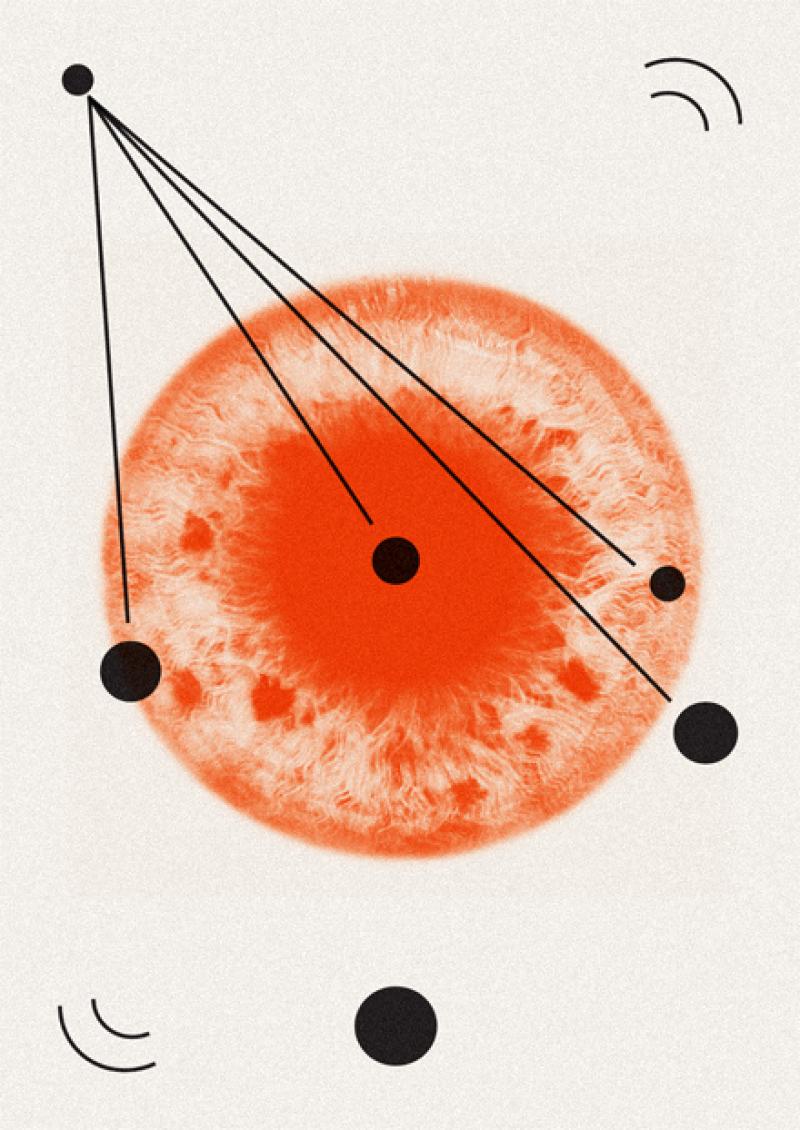 On October 28 and 30, Erik Dæhlin will perform his composition “Description of a Picture” at 1857. The work is commissioned by NOTAM and supported by Det Norske Komponistfond and Arts Council Norway.

The piece is based on Heiner Müller’s text “Bildbeschreibung” from 1984. It is a ‘tableau vivant’ – an ever-changing landscape – where an image is placed on top of another. Images and narratives fade into each other.

The text is drawn from an archive of memories and possible connections, which is to say actions go in all directions, at any time. A specific time of reading is created before the text moves on, and the reader is confronted with the perception of time. There are references to other works and worlds. Still, a certain consistency in what is perceived can be grasped.

At the performance, eight speaker elements are hung from the concrete ceiling using piano wire, and positioned according to the picture described by Müller. They mark out a visual and auditive room. As the text and the sound moves through the speakers, action, time and space accumulate. The text is read in three languages: Norwegian, German and English.

The speakers and electromagnetic fields make the piano strings vibrate, creating slow feedback glissandi. The sound composition that creates the counter-point to the text – the hidden plan – is based on these feedback sounds from the piano wire, noise and musical fragments detected in the text, as well as referential music. The idea is based on the image – on the description of it.