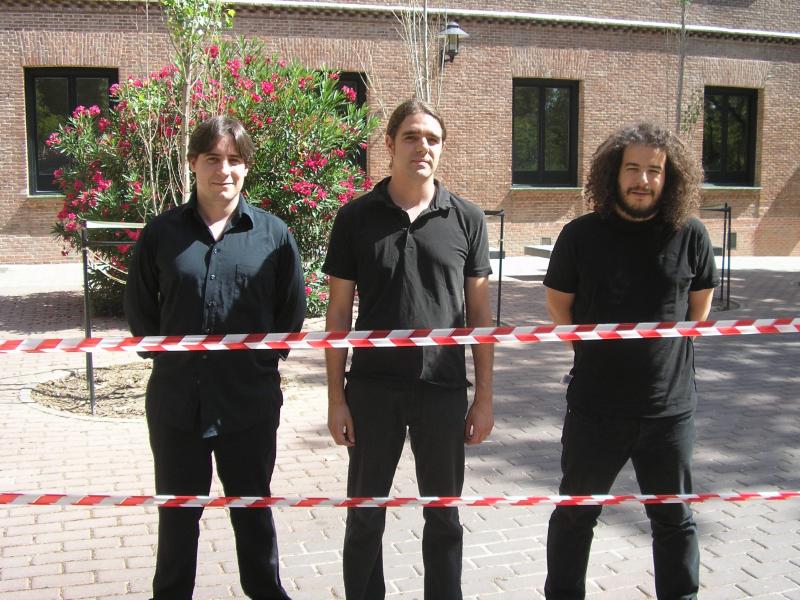 Endphase is a laptop trio consisting of members Alberto Bernal, João Pais and Enrique Tomás. In their performances, the trio intends to surpass the traditional musical conceptions and to create an environment in which several ideas, concepts and approaches can be realized. On October 6 and 7, 2011, Endphase will create an installation and an intertwined concert at Ny Musikk, using the acoustic, social and architectural environment of the Ny Musikk office as sound and conceptual material.

In the week before the events begin, Ny Musikk’s acoustic and social profiles will be mapped through the use of sensors and microphones. The collected audio and sensor data will then be used as material and formal base for both events.

The Endphase project was initiated in 2004, and since then, performances have happened in a number of countries (Germany, Hungary, Netherlands, Spain, Portugal, China) and different contexts (solo or partial concerts), including specialized new music festivals such as Darmstadt Ferienkurse and or venues such as university refectory performances. Laptops are used for sound production and processing (occasionally in conjunction with external sound sources), and several types of peripherals (MIDI, joystick, foot pedal, contact microphones) for controlling.Each Endphase is built up in a flexible way during the working phase, in which several models, ideas and processes are discussed by the three members and rehearsed individually and in group rehearsals. The concert execution is the last stage of the project, the Final Stage (Endphase), where the previously realised materials will be played in public.

Thus, the result is not an improvisation in the manner of a discourse built upon patterns of action and reaction, but rather a conceptually-defined composition, which only assumes its final form in real time through the improvisation. After each Endphase an “endpoint” is reached: an individual performance will not become a repertoire piece or be performed again. Wherever it has been possible, the performances have been documented, leaving only the ideas, concepts and working techniques, which can be reused in a subsequent Endphase. Because of the nature of the project, each Endphase is not only a single and unrepeatable piece, but also part of a work-in-progress, positioned in time.

The Endphase installation and concert is a collaboration between Ny Musikk and Notam.