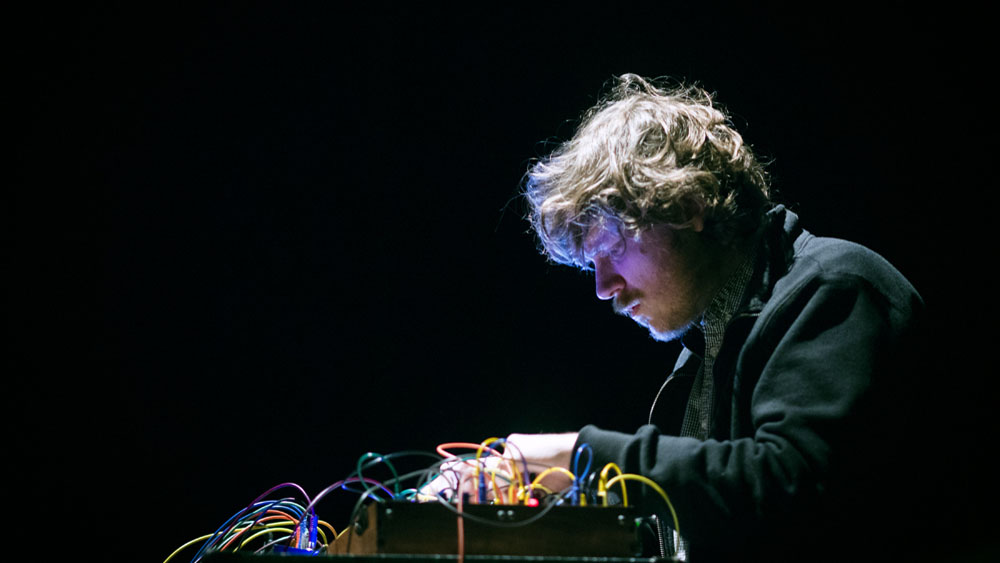 Monday, on September 26th John Chantler arrives Notam for a residency in Sirius, our studio for immersive sound. He is a musician, sound artist and composer based in Stockholm.

The music he creates might be described as electronic sound structures, noise and concrete music with some minimalism in the mix. Chantler works with electronics, modular synth drones and dissonance and often use generative systems, creating infinitely variable and changing textures during live performances, which may be experienced on the 1st of October.

We, naturally, invited him most of all because of his work with immersive sound. He has performed for a multichannel setup several times, such as “The Long Shadow of Decline” live at ZKM in December last year. This was a three-part suite for organ and electronics, similar to the material used on the album “Still Light, Outside“, partly produced at EMS (Elektronmusikstudion) as was “Which Way To Leave?”, released recently, on August 24th, at the record company Room40. He comes to us directly from a tour to England and Scotland. Listen to the 1st first cut of the album here.

Earlier works include “The Luminous Ground” (2011) where he worked primarily with modular synthesizers. The album was among the year’s top 50, according to The Wire Magazine. In 2014 came “Even Clean Hands Damage the Work“.

John Chantler is originally from Australia and stayed ten years in London before moving to Sweden. In London, he worked as a producer at the famous venue for experimental music, Cafe Oto. He is now chairman of Edition, a new festival of “improvised and other music” in Stockholm. The first Edition took place in February 2016.

John Chantler resides on Notam 26th of September -3rd of October plus 10th – 15th October. We organize at least one public meeting during this time, with a presentation, discussion or/and demonstration. This will be announced on this website and on our facebook page.