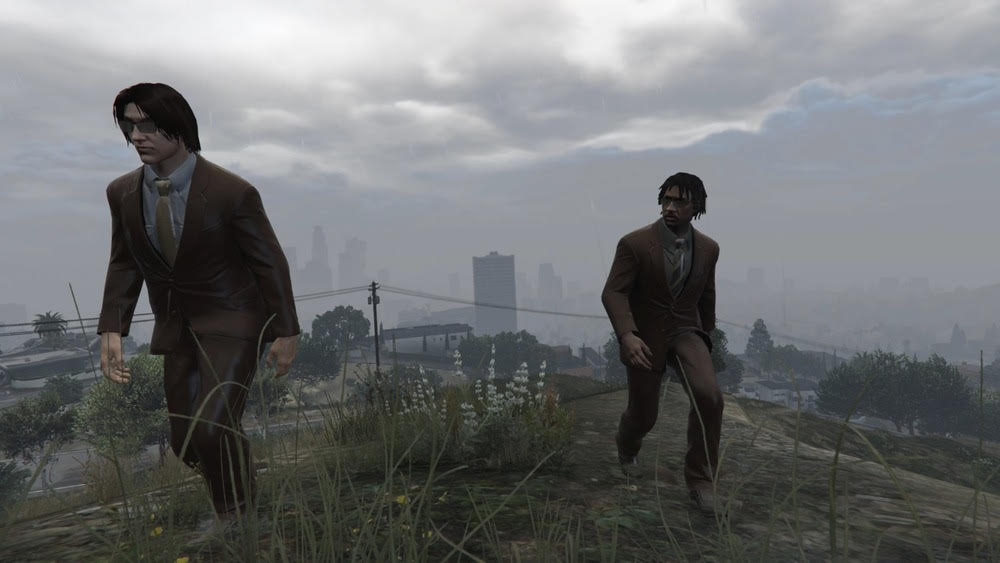 For one month from March into April, David Blandy og Larry Achiampong will lead a residency held by the organization PRAKSIS. This inaugural residency will be held in partnership with Notam, Atelier Nord and PNEK. During their visit, the artists will work at Notam and make use of our facilities. Connected to the residency, there will be several events at Notam and at Atelier Nord ANX.

Blandy, Achiampong and the other residents are brought together to explore the theme, which describes their common interest and is the residency’s title: «New Technology and the Post-Human». Except the two mentioned, the other residents are Maren Dagny Juell Kristensen (NO), Eli Maria Lundgaard (NO), Tonje Alice Madsen (NO), Martina Petrelli (CA/IT), Marit Pethsiri Silsand (NO), og Gary Zhexi Zhang (UK). In connection with the residency, there will be two events at Notam:

PRAKSIS was established 2015 by the artist, curator and art critic Nicholas John Jones who lives and works in Oslo. It is an not-for-profit organisation which will hold artist residencies to support practices and also create lasting connections between local, national and international artists and different creative environments in Oslo and Norway.

PRAKSIS invites established and professional artists to Oslo. The residents will organize activities surrounding their questions in research and in relation to their practices together with other, both Norwegian and international, artists within different disciplines and in different stages of their practices.

PRAKSIS aims to open the artistic process up to a wide audience, and encourage a deeper engagement with and understanding of contemporary art – getting people excited about what artists thinks and do, not just what they produce.

To get to know more about PRAKSIS and Nicholas John Jones, go to Åpent Forum on the 7th of March at 19PM

During their time in Oslo, Blandy and Achiampong will work with recent migrants to the city and an Oslo based computer programmer, Jonathan Ringstad, to alter the in-game engine of the popular computer game«Grand Theft Auto» to make a new film that interweaves stories of identity and migration to address cultural history and social change.

Blandy and Achiampong have exhibited in the UK and internationally, both individually and as a duo, at venues including Tate, London; Museum of Contemporary Art, Shanghai; and MOMA PS1, New York. Their 2014-15 hip-hop-inspired collaboration Biters was funded by the Arts Council of England.

Canadian new-media artist Jeremy Bailey will be joining the residency for two weeks starting the 5th of April. He will be back in Oslo to lead his own in 2017. See jeremybailey