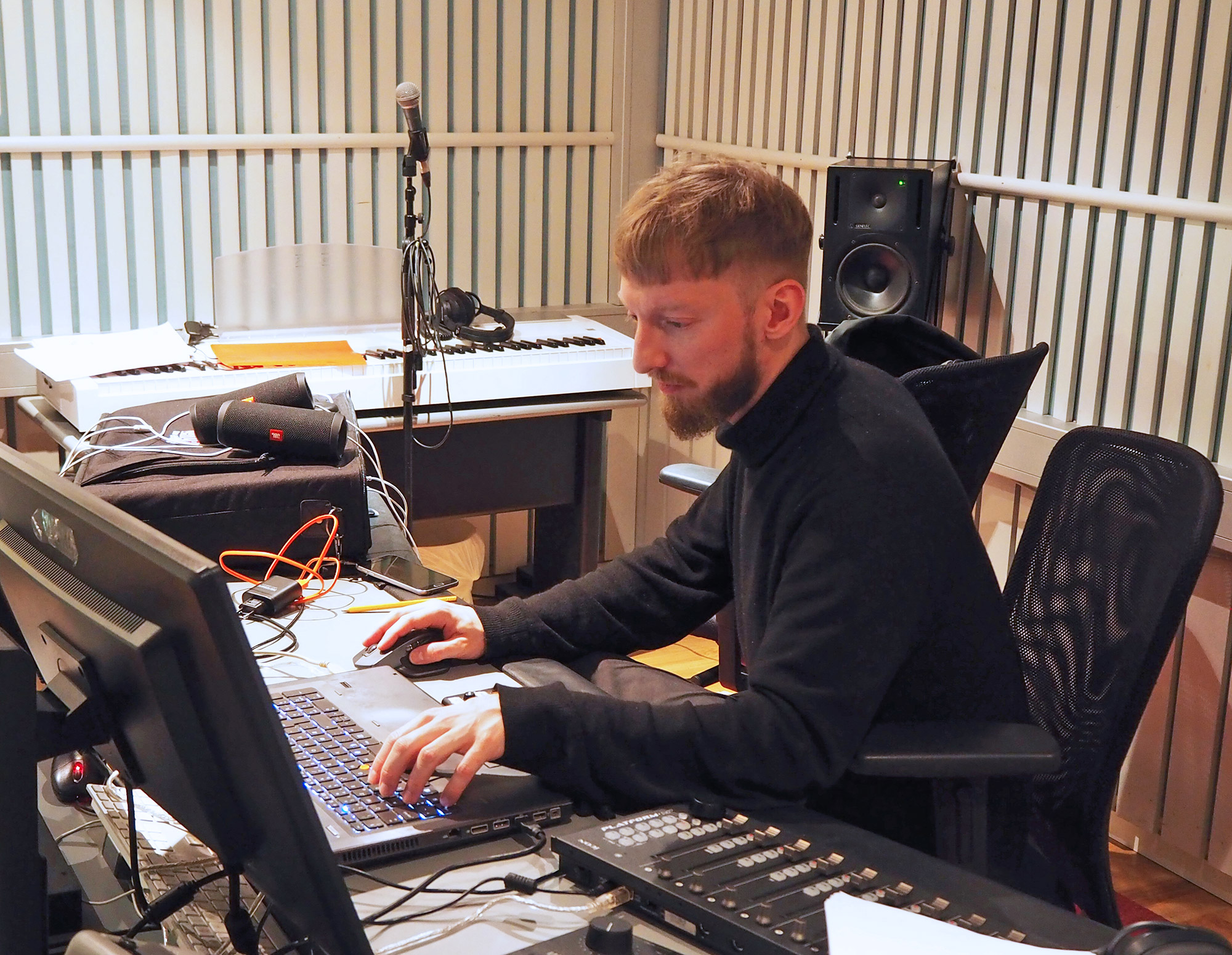 The Norwegian Storytelling festival
Sentralen 14 April at 2pm and 4:30pm

Amund Ulvestad and Karl Flyman have been working in Studio 2 for a while. Together they developed this piece, where the theatre is performed by the two alone. No scene, no special effect lights, no costumes – just the actor’s voice and sound which surrounds the audience and puts us in the place of the story’s subject.

A boy rises abruptly from the bed he has been lying in the past year. He orders an air ticket and leaves everything he knows.
Why did not you come before is the story of this boy. We see him escape and try to find himself. Various questions arise: why does he leave and what is it that makes him do it this day? Where will he go and where does he end up?
Liv Heløy’s text themes questions about the free will and the individuality’s independence.

Actor Karl Flyman reads the story in interaction with an audio world in surround created by composer and sound artist Amund Ulvestad. The result is a new theater experience of sound, music and text, where the audience can hear the world through the protagonist’s ears and even participate in his journey.
The performance was produced by Heløe/Ulvestad in collaboration with the Hålogaland theater, with the support of the Art’s Council and Notam.

Amund Ulvestad is a multimedia artist, composer and musician. He holds a master’s degree in music technology from the Norwegian University of Science and Technology with specialization in sound art and composition. Ulvestad has been active as a touring musician since childhood and has played a large number of concerts in Europe, the United States and Canada both as soloist and as part of various ensembles, mainly with electronics and cello as main instruments. Today, he works primarily with experimental music, sound art and technological art.

Karl Flyman is educated at the Academy of Performing Arts in Fredrikstad. After graduating he has worked as a freelance actor and contributed to productions at among others Figurteatret Nordland, Dramatikkens Hus and Ferske Scener. Karl also has experience from film and television.

Liv Heløe was first recorded as a dramaist with Negressen (1992).
She received the Ibsen Prize in 2006 for the pieces Lise L and I dag og i morgen. The prize was shared with Finn Iunker. The jury’s statement said:
“She shows great thematic breadth, political involvement and exposes dramaturgical strength and ingenuity through the pieces, Lise L (National Theater), I dag og i morgen (Hålogaland Theater), Veien hjem, Radioteateret and Dag (for the young scene DUS).”