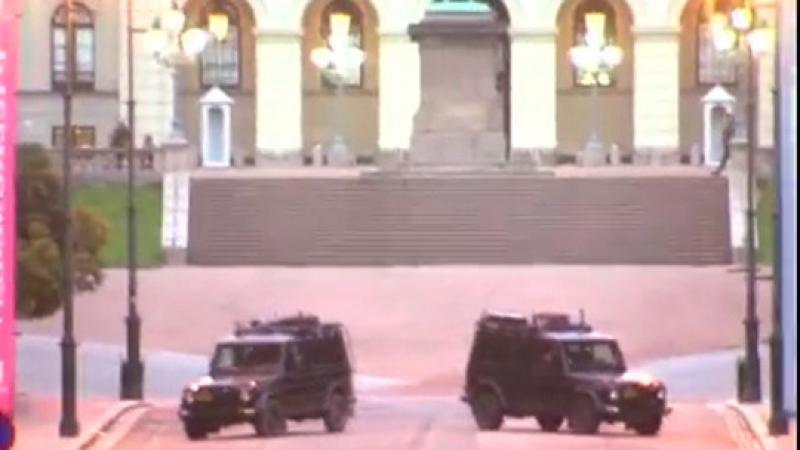 Video artist Tor Jørgen van Eijk’s work often features a pervasive tendency towards obstructing the immersive powers of the moving image by coercing the flow of signals into abstract patterns or jumbling the depiction of linear time by obsessive repetition.

In comparison, Immediate Thereafter is notably straightforward in its narration and the treatment of its subject. The main reason for this is most likely that the raw material – and its meaning to the collective Norwegian mind – itself is so strong. This is Oslo the night after the July 22nd bombing in 2011.

The work is to be exhibited at NoPlace January 13-15. The opening is at 8 p.m. on Friday 13th of January, and the exhibition space is open between 2 and 5 p.m. on the following Saturday and Sunday.

The sanctimonious hands-off approach in the way Immediate Thereafter is edited, caters to the conventional documentary format almost to the point where one suspects the artist of trying to reestablish the naive realism of the medium’s past and restore to video the ability to mediate perception. Although not a purely functional instance of witnessing (the opening shot features a short sequence where the camera man self-consciously adjusts the aperture of the camera), for the first twelve minutes of IT there are no repetitive loops, no speculative cuts or superimpositions, no motions towards formalist abstraction or self-referentiality; simply the enactment of an almost passive receptivity in the form of a slow-paced walk through the terror-stricken city.