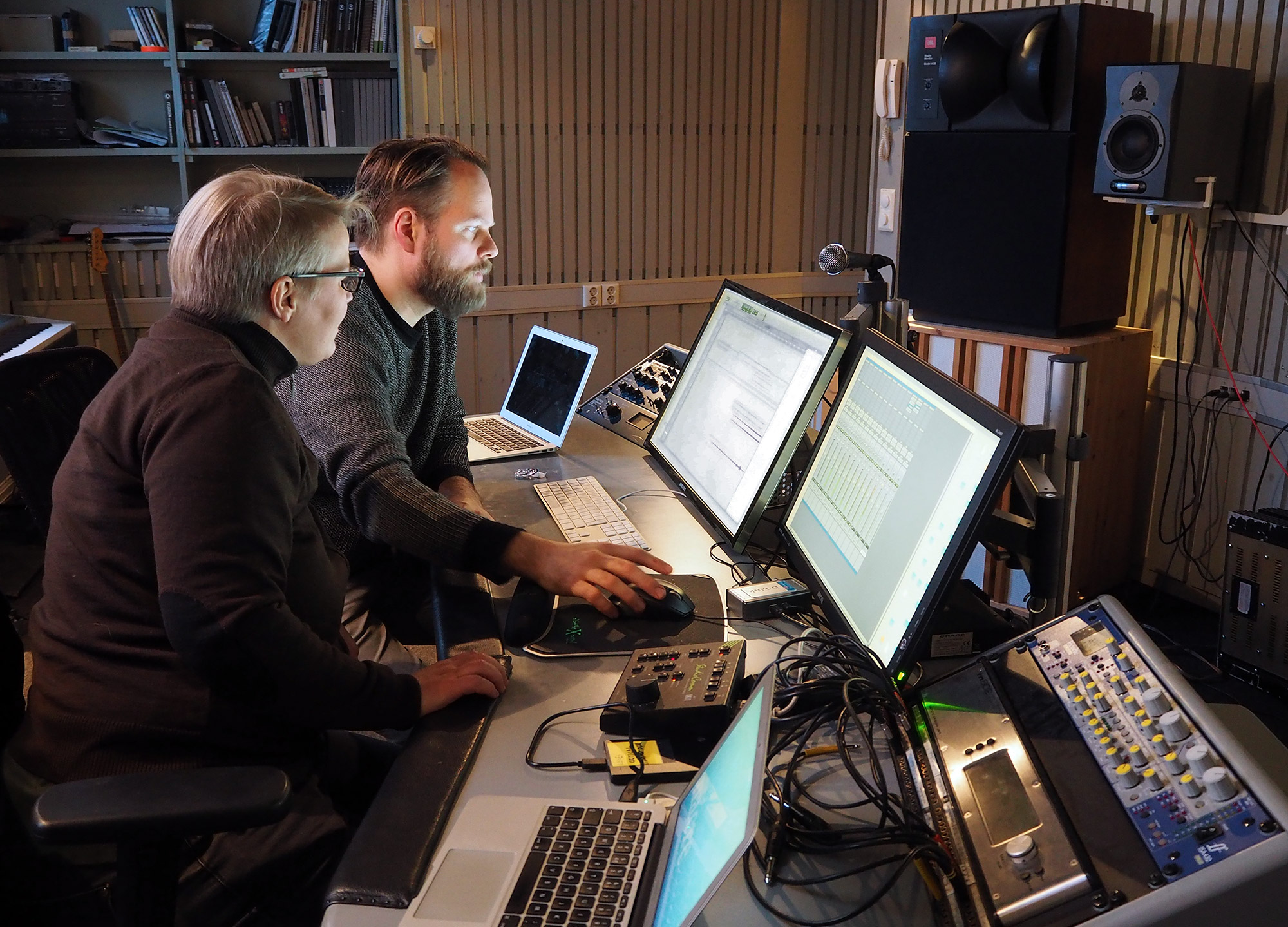 Lemur is ensemble in residence at the National Museum of Art, Architecture and Design in 2018, and January 20, they opened their installation “Polytop” inside Sverre Fehn’s Ulltveit-Moe Pavilion at The National Museum – Architecture. The sound material is recorded during a period of five years in five different acoustic rooms. The recordings are supplied with studiowork at Notam, where “Polytop” is cut and mixed by the ensemble. 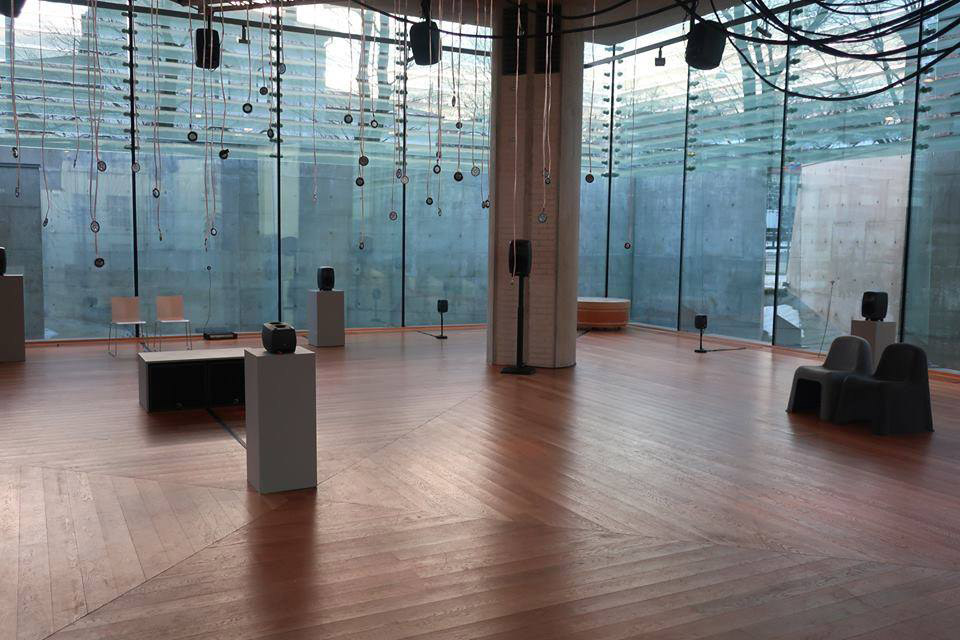 “Polytop” is an electroacoustic composition prepared on site. In conjunction with the visual and the space’s special features, electronic audio tracks is played through many speakers (Foreningen 3DA’s loudspeaker set), exciters are attached to the exterior glass walls of the pavilion, many tweeters are hanging from the ceiling in the middle of the room and there are also headphones with sound. The pavilion is made into an immersive and yet open room with sound that interacts with the architecture and light. During the opening concert, Lemur played acoustically along with the installation for an audience moving freely inside the room. 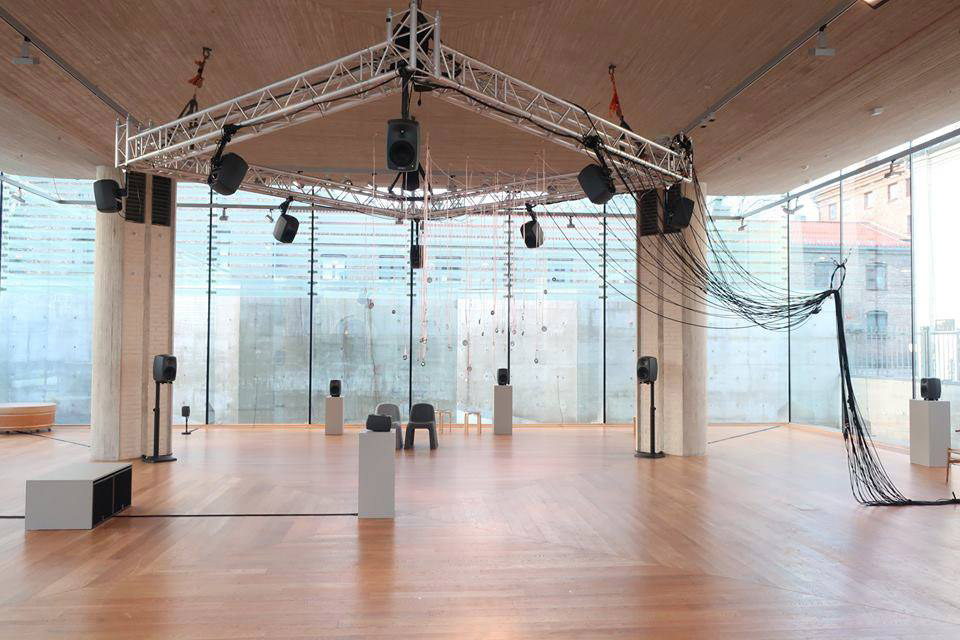 The installation will stand until February 5th.

Lemur was formed in 2006 and consists of Bjørnar Habbestad on flutes, Hild Sofie Tafjord on horn, Lene Grenager on cello and Michael Francis Duch on bass – a star quartet of composers and improvisers. The four instrumentalists combine classical composition, noise, chamber music and free jazz with a surprising and unique contemporary expression. 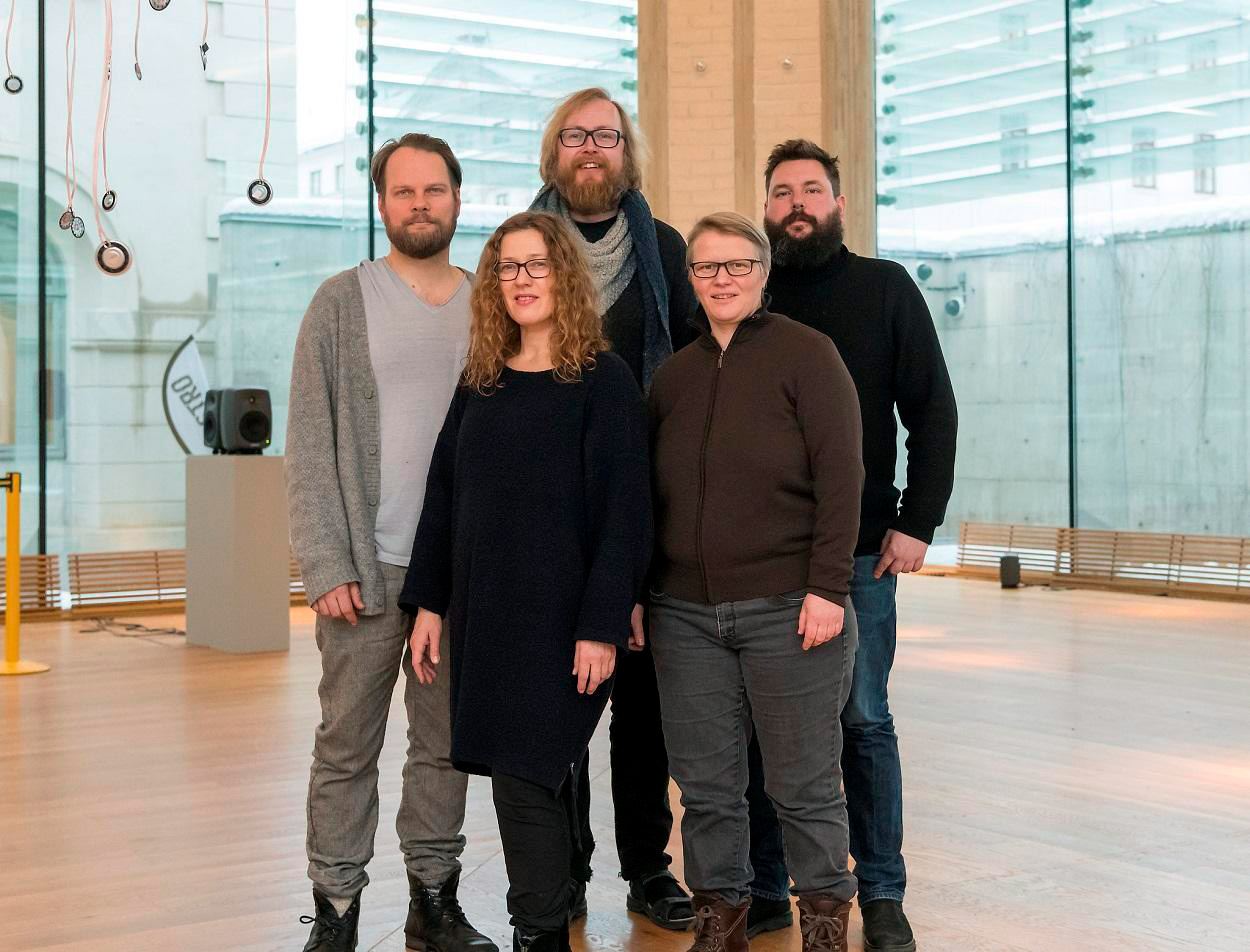