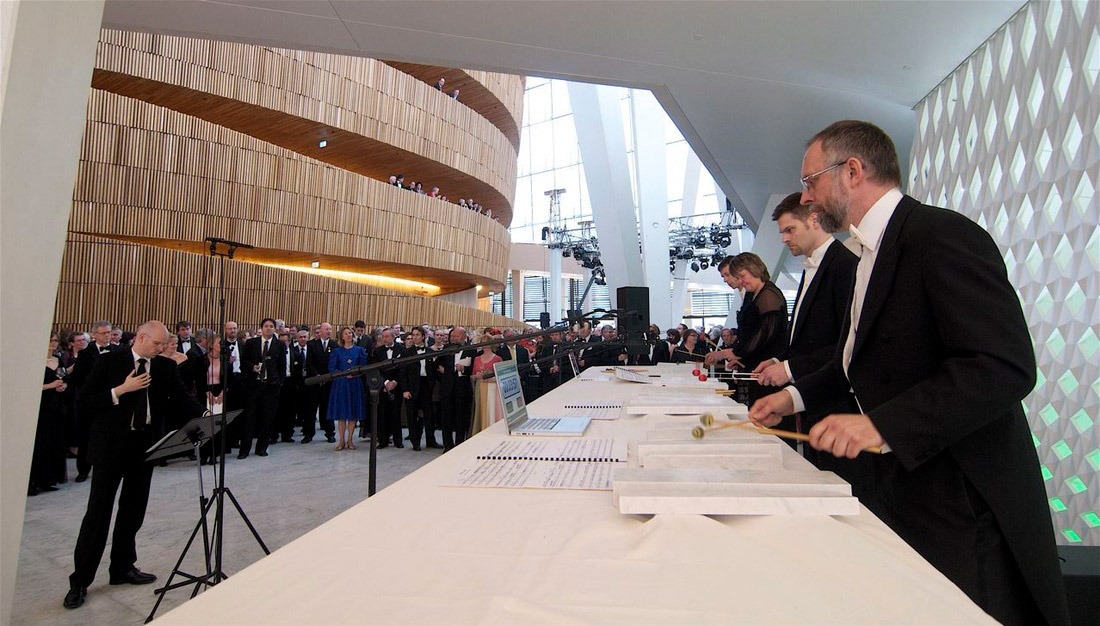 Marble Surplus by Gisle Kverndokk was commissioned by The Norwegian Opera for the new opera house opening ceremony on April 12, 2008. The piece, for four percussionists and electronics, was performed by the percussions of DNO’s orchestra: Rune Martinsen, Laila Sjørbotten, Jonas Blomqvist and Pål Bugge. The instruments were all made of remaining marble pieces – hence the title. The presentation took place in the foyer before the audience went into the hall.

In December 2010, the work was released on CD as the first edition of the Norwegian Opera & Ballet.

The idea of the 10 minutes long work originally came from Rune Martinsen, and was about the assemblage of pieces of marble surplus from the building of the opera house, which could be cut to the wishes of composers and percussors. All the sounds in the electronic part of the work are built on recordings of impact, grinding, scraping and crushing of marble pieces in different shapes and shapes.

The production of the work was a collaboration between Gisle Kverndokk and Notam by Cato Langnes. The work was threefold. First, it was recorded with the musicians to produce audio to the electronic part of the play. Furthermore, Kverndokk and Langnes worked a week in the studio to process the recordings into a 5.1 mix to be played in parallel with the performers’ performance. Asbjørn Flø also helped with granulation synthesis of the material. Finally, rehearsals were done with the percussionists in the foyer of the Opera – the same place as the work was performed.

The performance was a memorable part of the opening ceremony and received a great deal of publicity in the press.