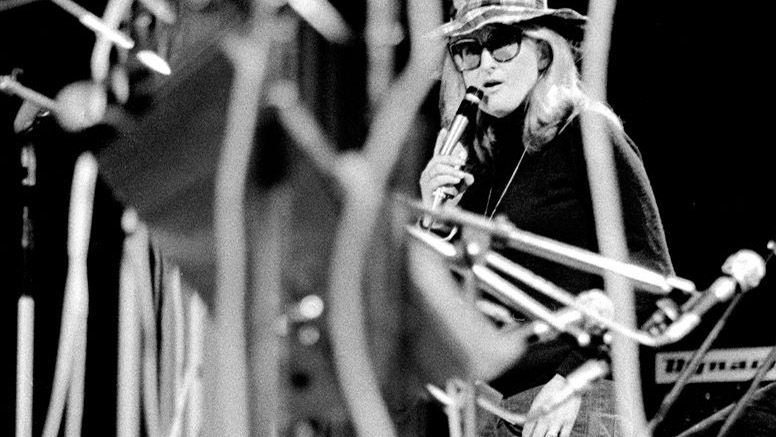 The National Library invites you to 4 in-depth conversations about Norwegian electronic music during this fall and winter. Jøran Rudi has teamed up with Ingvild Romarheim Haugen to curate the program for the series, ‘Machine Music’. Acoustics, technology, computer music, use of voice, sound art and electronic pop music are among the topics that will be examined.

In the late 50s Norwegian composers got a growing interest in new sounds. Through development of new technology, also new opportunities for musical composition, new tools and new material to work with turned up. The composers drew inspiration from Germany and France, and NRK’s studio was used to create the first Norwegian electronic music. Based on the story of how the ‘new music’ got created, the talks revolve around methods for presenting and working, the exhibition object, noise, soundscapes, aesthetics and dance music. Works will be presented and compared, listening questioned, the voice as an instrument of electronic music is examined, and the relationship between sound art and electronic music elucidated. The series will take us deeper into the story of the position Norwegian electronic music had in Norway from the mid-nineteenth century up to the present day. Aspects of the interplay between technology and music will illuminate both the artistic, scientific and social preconditions and consequences.

November 29th: The Norwegian sound? The development of Norwegian electronica. Karima Furuseth, Joran Rudi and Per Martinsen. The event on facebook and on nb.no