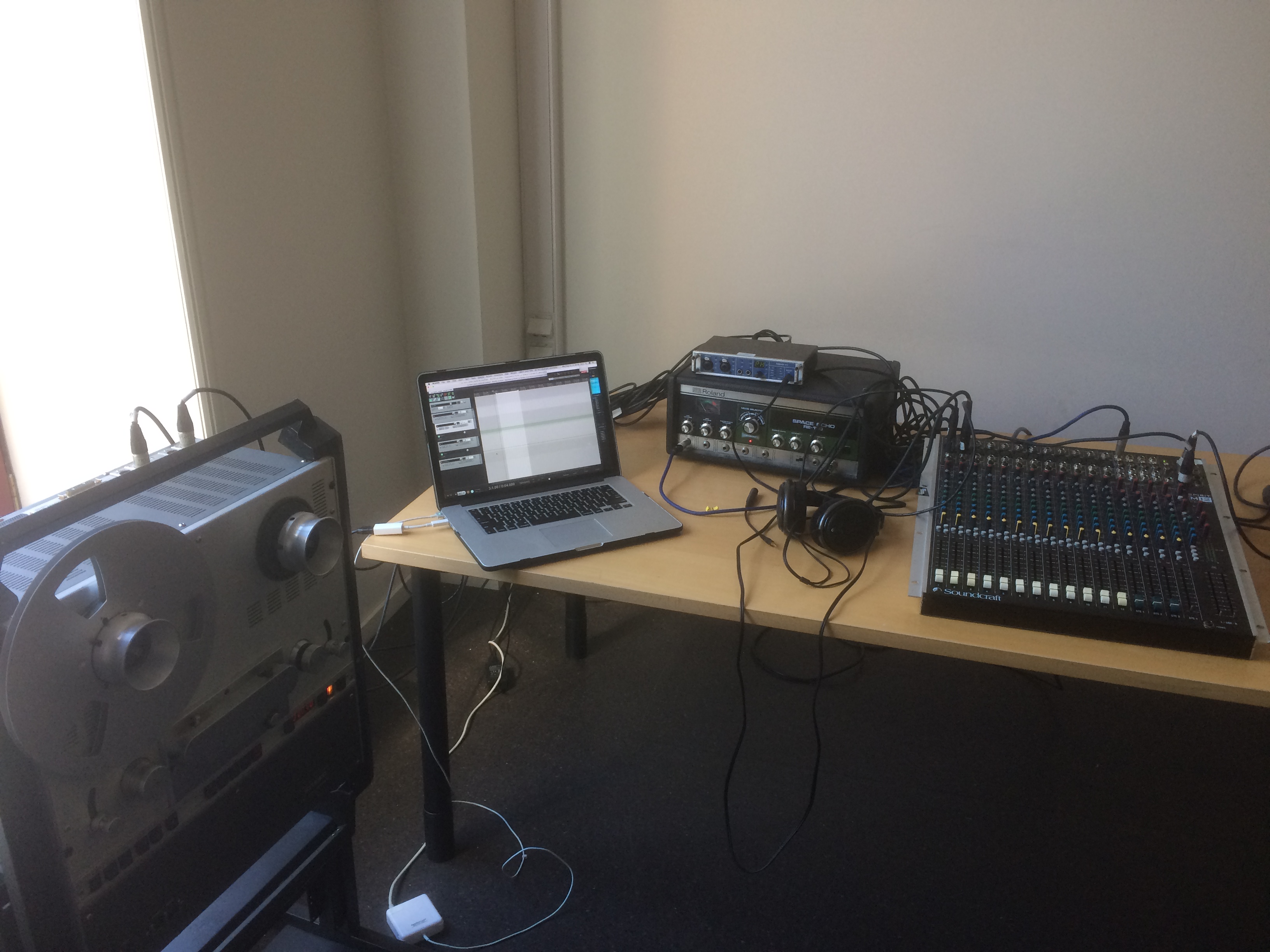 One of Notam’s guests this spring was Pierre-Luc Senécal from Canada. Senécal has worked on 4 different projects : 3 projects for dance and 1 personal project of electroacoustic music.

“I’m especially sensitive to sound quality and techniques such as mixing and mastering. Therefore, I always look for studios that offer great listening environment, so I chose to work in studio 1. My teacher Robert Normandeau praised the quality of Notam, especially the multichannel studio 3, saying it was one of the most beautiful studio he ever worked in. Also, I am passionate about travels and culture, and saw this stay in Notam as an opportunity to discover Oslo and Norwegian culture.

I really enjoyed exchanging with Cato Langnes, the in-house sound engineer of Notam. He gave me practical tips that I’ve already integrated in my working process. The amazing freedom of use of the studio was instrumental in the important productivity I was capable of achieving. Also, hearing Norwegian musicians during the Only Connect festival was extremely inspiring. I haven’t heard this level of musicianship often.”

The canadian explains his projects further:

“Espaces is a soundtrack for a contemporary jig creation which also blends elements of theatre and science-fiction story-telling. 95% of the sound material I used comes from Ondes Martenot recordings that I’ve processed in order to obtain an abstract aura of spaceships and interstellar travels. At some point in the creation, the soundscape will be ruptured with rhythmical, quasi techno music. I thought of opposing the very refine electronic material of the Ondes Martenot with raw noise, such as the one I obtained during a few sessions of “no input” music I realized at Notam. The only sound source I’ve used was feedback that I created within a mixing board made accessible by the studio. Instead of using a mouse and a computer, I created material by performing microscopic changes of the knobs and faders, which produced unsuspected sound. There is something inspiring about the playfulness, nearly childlike pleasure I get from obtaining sounds that are considered aggressive, culturally speaking.

Spectre is a soundtrack for an art video centered on the choreography of 4 female dancers. I evoked the thematics of fear, power and struggle through an arsenal of heavily processed sounds such as electrical arc, waterphone, glitch, synthesizers, voice recordings and other metal objects reminiscent of the industrial environment where the images were shot. The long and strenuous hours I spent mixing and the systemic comparison of my material to super-produced pop music gave the soundtrack a sort of hollywood-esque quality of production. In addition to my conversations with in-house sound engineer Cato Langnes, this process is very representative of the technics I used to compose a music both fierce and dynamic, between sheer agression and exciting tension.

Exude.light is a miniature for Ondes Martenot and electronics. At first, I wanted to exploit the instrument’s inherent lyricism, and avoid at all cost its more stereotyped electronic sounds. In the end, I fully embraced those timbers of postindustrial science fiction movie. Moreover, the final melody clearly recalls the music of Vangelis, making the piece a sort of neo noir or cyber punk fantasy, a kind of Blade Runner 1949. Since I’m not an instrumental composer by any means, I recorded the playing of Estelle Lemire, processed and assembled the material from which I extracted a melodic line that she played in the concert. I first used this back-and-forth fashion between electronic and instrumental during Prim’R, the 4th piece that I remixed during my stay at Notam. Here I was asked to compose a piece for a dance duet representing two children playing ball in a park. In collaboration with a tuba player, I decided to “play a music game”, where the tuba’s extended technique could mimick the rebound of a ball but also to invite the tuba player in my “sandbox of electronic music”. After a session of recording with him, the sounds where, yet again, processed and mixed into an electronic track that inspired a score which was played live during the dance choreography, blurring the line between fabulated and realistic tuba. My stay at Notam allowed me to extend this idea of game and frontiers between electronic and classic music, between reality and illusion. With a variety of artificial reverbs, I explored notions of space and acoustics in which the sounds can exist and seem realistic or outworldly.

I thank the SOCAN Foundation for their funding, which facilitated my stay at Notam studios.“