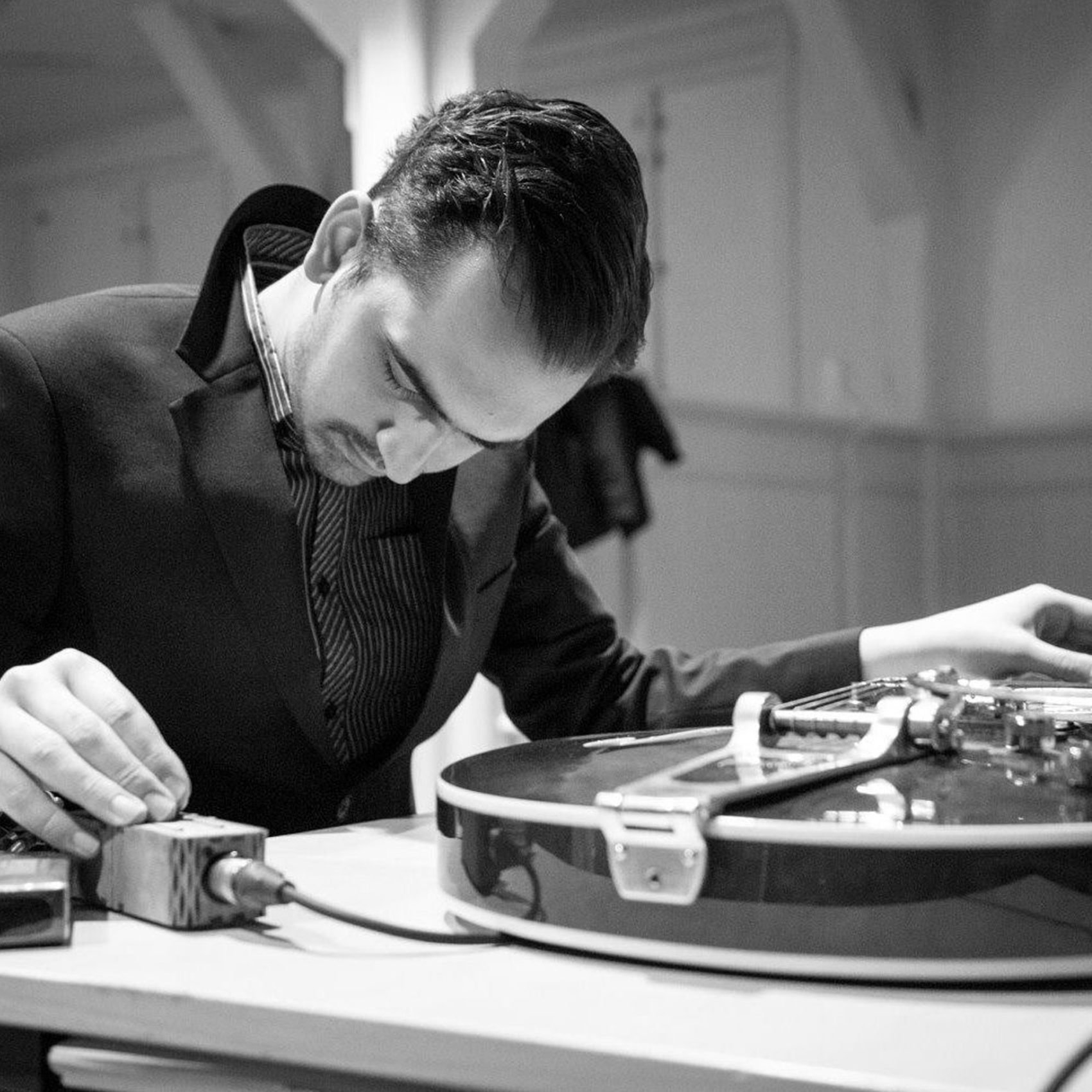 The Georgian composer and music technologist Akaki “Koka” Nikoladze spent a year at Notam by the Arts Council Norway’s aspirant programme. His work consisted of both developing his own works and utilities and assist Notam in the daily technical and artistic tasks. The stay lasted from September 2014 to September 2015 and resulted in an impressive amount of projects, including:

The Infinite Sample Sampler
Sampler instrument based on the idea of sound collages which handle sounds and excerpts of all sizes.

Sound Stencil 0.1
Technology supported piece for eight percussionists playing on objects in an urban environment (performed as a part of Ultima).

Infinitely sustained sounds
Software that can reconstruct audio model based on recorded and granular sounds.

Table Piece
New iteration of the existing piece A piece for a table and some junk on it and then for heavily banging on that table performed by Håkon Stene.

Troll Face
Piece percussionist with software and a sound bank that contain up to 5,000 words and phrases from YouTube videos.

Paper receptors
Pressure-sensitive musical instrument, where one can draw control on paper.

Ping Pong Interfaces
Exploring options for triggering and control of various samplers and synthesizers with a single contact microphone.

Yet To Be Titled
Audiovisual sculpture created in collaboration with Bernt Isak Wærstad.

Menura
Investigations of the irreversibility of audio into vectors to manipulate sound, similar to an image that is converted to vector graphics.