Koka Nikoladzes Sound Stencil is a concept that can be exercised by mechanics, people, or both, and that transforms objects in any environment to musical instruments. Sound Stencil 0.1 consisted of eight percussionists (from the Norwegian academy of music) who were coordinated via headphones and sync mobile phones. The phones used an application with a metronome and an audio score which dictated rhythmic patterns and gave directions. They were synchronized by a pulse at the start, and the percussionists went through town and played on various objects while they remained within the audible range of each other.

Koka Nikoladze is a violinist, composer and sound artist from Georgia, a resident of Norway. As a musician Nikoladze has performed at many stages in Europe and the US, both as violin soloist, chamber musician and in orchestras. He has in the recent years concentrated himself on composing, and has written acoustic and electroacoustic music for several ensembles, built instruments and self-playing objects and developed software and electronics. He has composed vocal music too, including two listed chamber operas.

Sound Stencil 0.1 was produced by Notam in collaboration with the music academy, and was listed as part of the Ultima Oslo Contemporary Festival 2015. 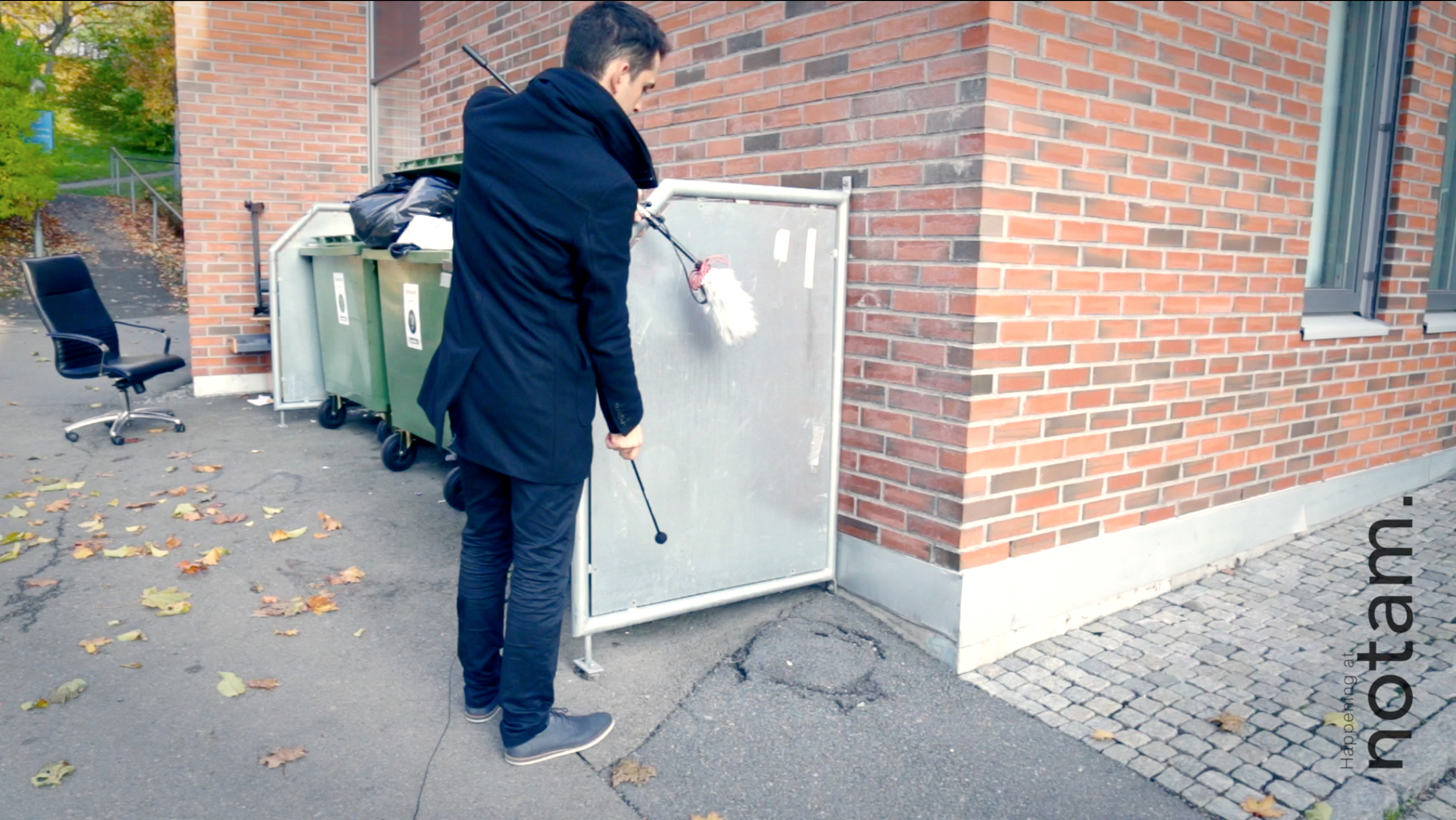