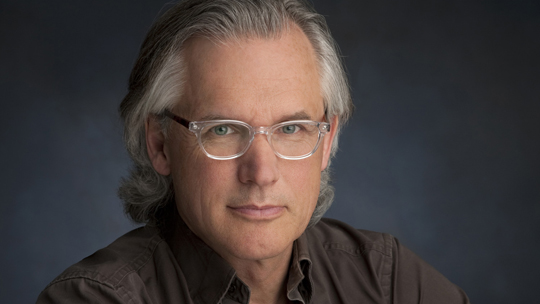 The Canadian composer Robert Normandeau is resident composer at Notam from June 19 to July 11, 2015, and is the very first guest in Notam’s brand new studio for immersive sound. Robert Normendeau is one of the most acclaimed electroacoustic composers in the world, and he has won numerous prizes for his work. He has developed compositional software for Zirkonium (a large 3D studio) at ZKM in Karlsruhe.

Normandeau is currently working on the composition cycle “Immersive Music”. These pieces are designed for a dome of speakers in a space where the audience is free to walk around. The sound material is developed in such a way that timbral structures change depending on location. Thus, the audience can “create their own mix” by moving around in the room.

During Normandeau’s residency there will also be a portrait concert at Riksscenen on July 3 in connection with his 60th anniversary. This concert is produced by Electric Audio Unit (EAU).

Notam’s studio for immersive sound is a result of several years of financing and planning, with support from Rom for kunst and Musikkutstyrsordningen.