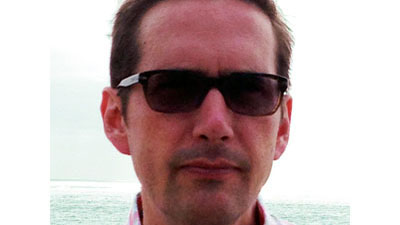 Tom Erbe is in Oslo on the 17th -24th of September, coming to us directly from ICMC (the International Computer Music Conference, in 2016 held in Utrecht). Notam organizes meetups and talks during his stay, where methods, music and technology will be discussed.

The program for his visit:

In this lecture Erbe will describe the process of creating a new performance of John Cage’s piece for tape, Williams Mix (1952). He will talk about the work with scores, the sound library and artistic processes. He will also look at the production of a new computer music-patch made in connection with this work.

Tom Erbe will describe the design process designing three of his euro rack synthesizer modules. He will get into the design of software and hardware, as well as advantages and limitations when using microprocessor ARM Cortex M4.

Notam welcomes all guests to a evening of reverb with Tom Erbe. Erbe is perhaps best known for SoundHack, but he has also worked extensively with reverb, which was presented at the conference International Computer Music Conference (ICMC) last year.

Tom Erbe has made a number of synthesizer modules in collaboration with MakeNoise, one of the most innovative synth manufacturers from the past ten years. Erbe will talk about his modules for reverb and additive synthesis and discuss the function and motivation behind the design of these instruments.

On the two evenings at Notam there will also be the opportunity to take a look at Sirius, Notams new 24 channel studio for immersive audio.

Tom Erbe has played an important role in American experimental and electronic music for the last 20 years. He is known as a digital signal processor guru, and perhaps mostly because of the both pioneering and widespread application SoundHack. He is also a highly sought after and respected sound engineer for contemporary music. He has made modules for eurorack (modular synths), for example Telharmonic, ErbeVerb and Echophon. Take a look

Tom Erbe is the studio manager at the computer music department at the University of San Diego. He uses the program Max both as a teacher, developer, engineer and musician. He believes that the program fits teaching well, because it shows the architecture of eg an oscillator, or a filter, and shows students how the components can be assembled and inserted into a hierarchy. He has made about 20 plug-ins, where he often starts with a patch in Max or PD (Pure Data) before programming in C. Some examples:

10 years old, Tom already had a relationship to sound technology. He was a technician in school radio during high school, practiced in the local recording studio, and later studied computer science and music at the University of Illinois while he was working in a record store, was radio DJing and played synth in a band. In 1984, Tom became technical manager of the Computer Audio Research Laboratory at the University of California, San Diego. There he worked among other things with a real-time pitch detector electronic violin and midi interface for a Sun workstation, and met people like Gordon Mumma, John Cage and Roger Reynolds. Later he moved on to Mills College, where he worked with computer music and sound engineering, and started the work on SoundHack. He developed other things as well, eg a 4-channel spatial sound processor for NASA. When Mac II came, he taught to program it and SoundHacks first version came in ’91 as free software. “I just wanted two get something out there that would be helpful to experimental musicians, and would help people make a lot of different sounds.” Quoted from here

Later he became a teacher and technical manager in the Computer music department at California Institute of the Arts, where he continued working on spectral techniques, teaching computer music, programming and sound engineering, before going back to UC San Diego where he currently lives and works.

We look very much forward to his visit.