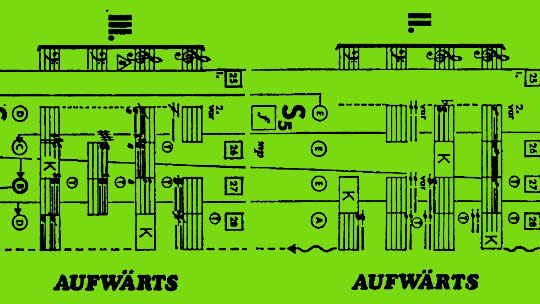 Ultima Oslo Contemporary Festival, Scandinavia’s largest contemporary music festival, will go down on the 8.-17. September. Notam are proud co-founders of Ultima, and we also find ourselves involved in a few technical aspects of the festival each year. In 2016, we’re contributing to “Lullaby Oslo” and “Sternklang”, which both are happening on Friday the 16th of September.

In the sound installation we experience the voices of people in Oslo who sing lullabies in their different languages. Lullabies will interfere with sound recordings of Oslo by night, and together the night sounds and voices form a lullaby for Oslo. The installation will consist of 8 speakers placed in a half circle, interacting with lights. At the opening on the 16th Supriya be performing lullabies/live vocals together with Duncan Chapman and Ingebjørg Lognvik Reinholdt.

Supriya Nagarajan is doing the artistic and musical part of the work. Our own Cato Langnes has made nocturnal field recordings in Oslo, and engineering during mixing and setup. Gyrid Nordal Kaldestad is responsible for the project and has worked with Supriya during the collection of songs in collaboration with open nursery in Greenland, and in the workshop on the 10th.

The project is also in collaboration with the Norwegian Society of Composers.

“Sternklang” is performed in five groups of singers and percussionists, with electronic instruments, in the sculpture park at Ekeberg. This is a rare event. Notams role in this, is is giving technical support on the electronics.

Sternklang mimics five solar systems, each with four planets and a chord each, which all share one pitch (E) and the groups are also held together by a percussionist. The groups are distanced to each other in a large parkland area, uses pieces of the chords, and play/sing following the composer’s form. This creates variations of consonance and dissonance. Star Constellations, the way they are observed in the sky, are used as musical figures in the work. Rhythms, timbres and tone intervals are taken directly from the constellations. The score is only partially fixed, and are synchronized by signals. Sometimes a vocal pattern is transferred from one group to another by “sound bearer” singing the pattern while leaving a group and becoming part of another. In the middle of the piece all five groups sings and plays a collective musical interlude, performing “Aufwärts“, one of the parts of “Aus den Sieben Tagen”, Stockhausen’s text-based free-improvisation text collection.

Sternklang was completed as a commission to Sender Freies Berlin in 1971. The radio station was a driving force for technological and artistic development at this time.